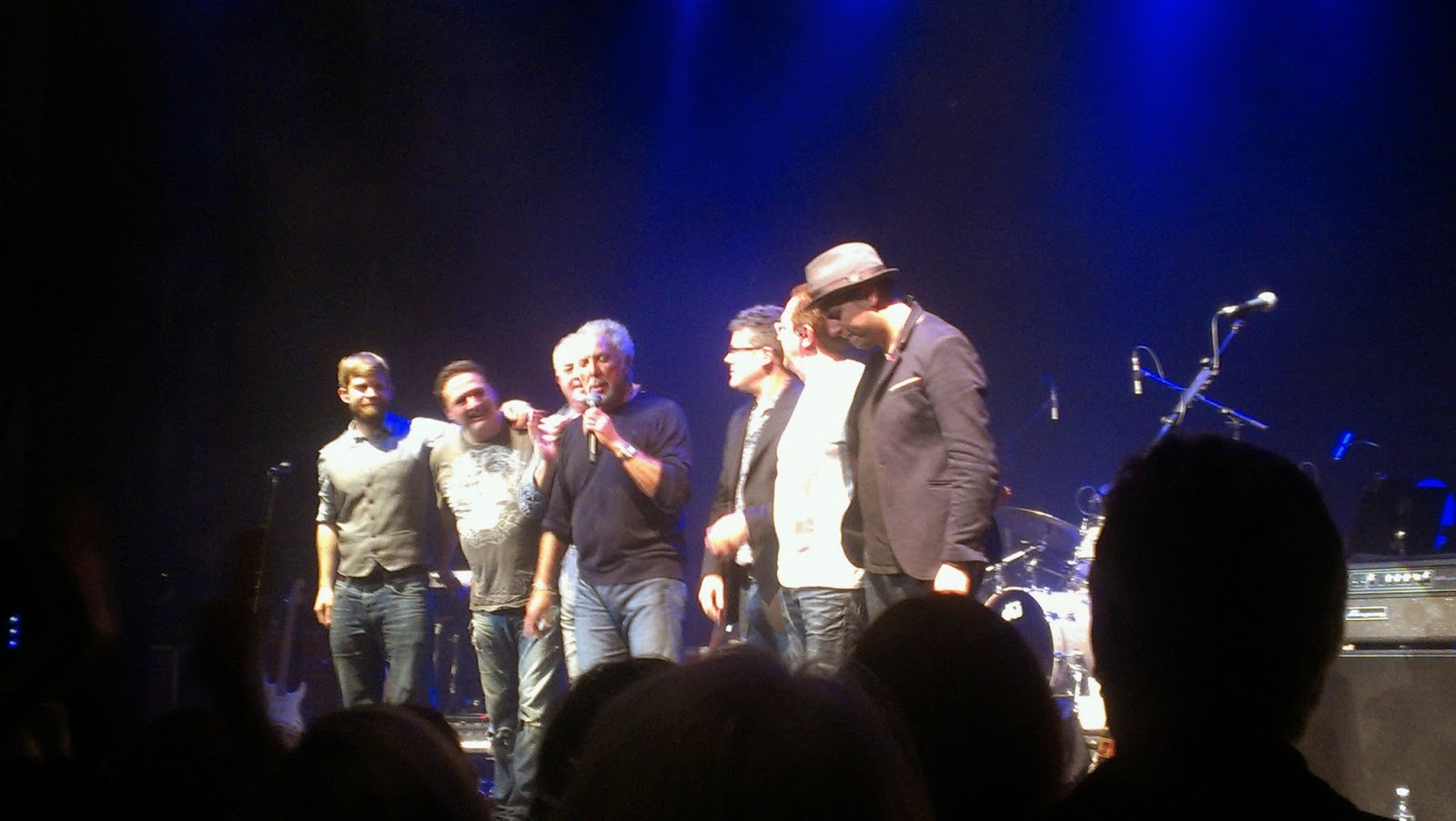 Last Tuesday I had the pleasure of going to see Tom Jones' one off 'surprise!' last minute show in Melbourne. Anyone who watched the Grand Final last Saturday would have gotten a taste of how absolutely amazing he is as an entertainer!

Some tidbits and stuff under the cut.
Please note: I'm going off memory so some details may be wrong.


Tom last toured in 2010 (with David Campbell as his opening act - who I love and adore!) but, as I was living overseas, I never got the chance to go and I was highly saddened at missing out. So I knew that there was no way I was going to miss out this time! - especially with the tickets being under $100 (what an absolute bargain!) 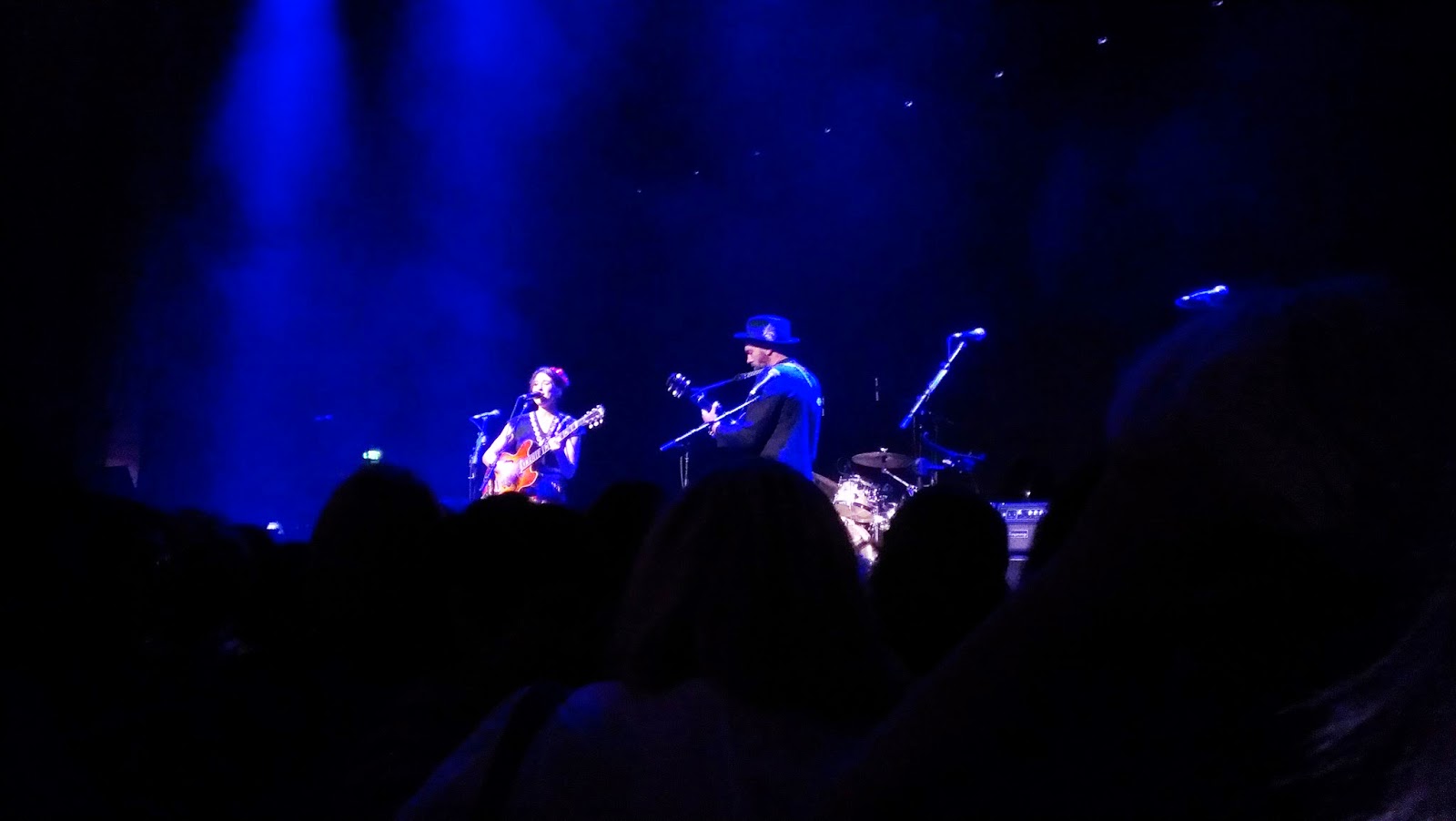 The opening act for Tom this year was Lanie Lane. I had never heard of her before nor heard any of her music.I felt so sorry for her because most of the crowd wasn't listening to her. In fact, the women next to me was rudely playing solitaire on her phone during her set.

She sang some old and new (mostly new) songs (also a remixed version of one of her most famous songs). She got in a tiny bicker with the guy on stage - who I can only guess is her boyfriend or husband for the only fact that they kissed on stage.

She had a hippy/bohemian style of dressing. I liked her. She was good - I would even say amazing, if only for the fact that her music is not my kind of thing. She plugged her new album called Night Shade which is out this October.

Tom is a pure gentleman. He likes the ladies, yes, but there is a kind gentle nature to him. He can belt out a gentle ballad or rock the house down with a heavier number. And he likes to get those hips moving too! There were so many old ladies just loosing it in the audience. They were waving, giggling and screaming like giddy school girls. As expected, I was one of the youngest people there but I didn't have any problem with that.

I wish I could tell you all the songs he sung but I only knew around three songs. He sung a lot of his new stuff which I am unfamiliar with - still this didn't stop me from having a good time. I have said that it is one of the best concerts I've ever attended - which could have also been due to the fact that I was about 2-3 meters away from the stage (and Tom) at all times during the concert. This is only the second time in my life I have ever been this close to the stage, only second to Taylor Swift back in 2009 (before she could sell out huge arenas in Australia).

The songs I did know were Delilah, Kiss and It's Not Unusual. My friend was highly disappointed he didn't sing What's New Pussycat?. I would have liked Are You Gonna Go My Way?. I also wanted to record My Yiddish Mama but alas, he didn't sing it. His encore was called Everyday, which he sung before introducing his band. He forgot one of his band members names (Toby) which amused the rest of the band.

He also told a story about how he used to hang out with Elvis Presley (I think in Las Vegas) back in his youth. He called him the King of Rock and Roll (still is, he said) but he explained how Elvis loved blues - and so he sung Elvis's favourite blues song in memory of him. 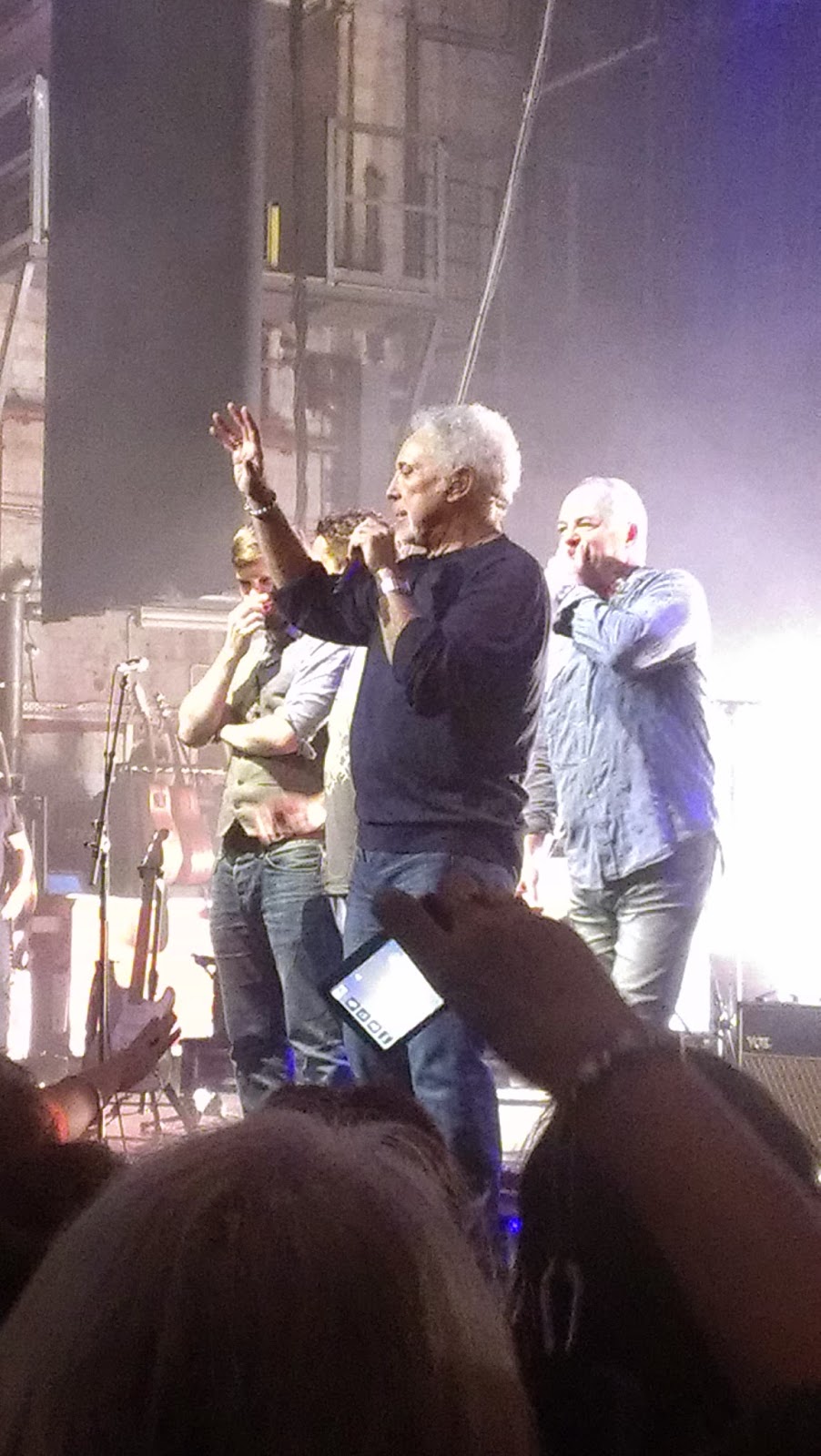 He also explained how he wrote a song at 27 years old - which he went on about every ten years afterwards. More so he made a crack about 67 years old and saying how it only matters how old (or young) you feel. Tom is over 70 years old and still going strong. Also, there were some dirty jokes in there regarding penis size and stamina.

He said how much he loved our country and he can't wait to come back for many years more. Tom doesn't speak much in concerts. He said a few things in Welsh and addressed the crowd with little bits of dialogue here and there but for the most part, he sings rather than speaks. He does like getting the crowd to repeat his constant 'oh yeah!' routine he does.

Tom is known for having women through knickers on stage at him. I saw a red pair fly up near Tom's feet - I am unsure what he thought as he was singing with his eyes closed when they were thrown up and he walked off stage shortly after. A second blue pair later flew over my head but failed to make its way to the stage. It landed in the crowd only a short half a meter from the stage.

Anyway, that's all I can remember for the moment. It was such a great night and an amazing concert! It was definitely one of my favourite concerts I've ever been to - although, I am a fan of seated concerts more so than standing ones but that is only a minor and personal choice thing. It was an amazing night! 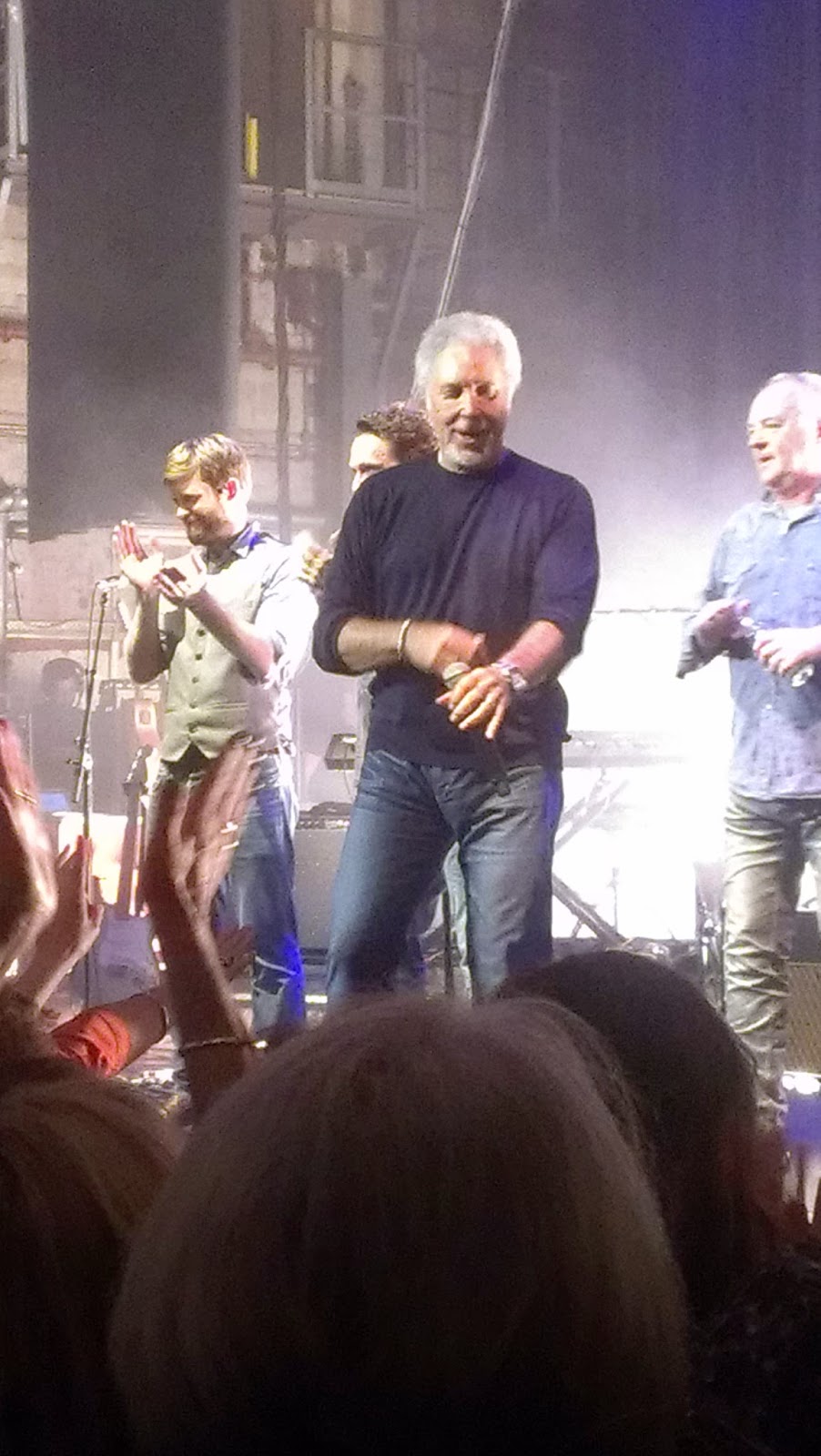 I hope you enjoyed this little write up.
Until next time
xx