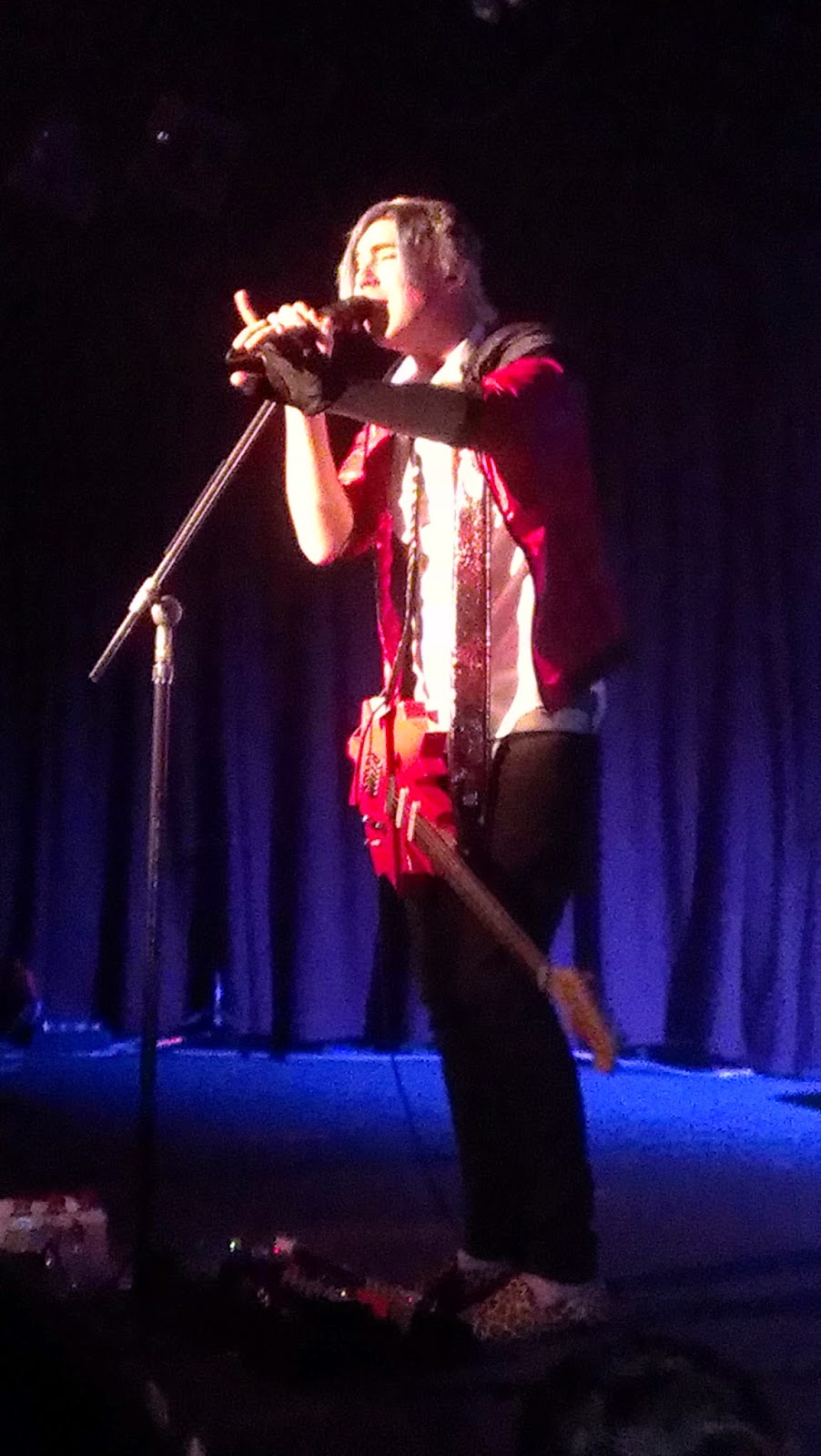 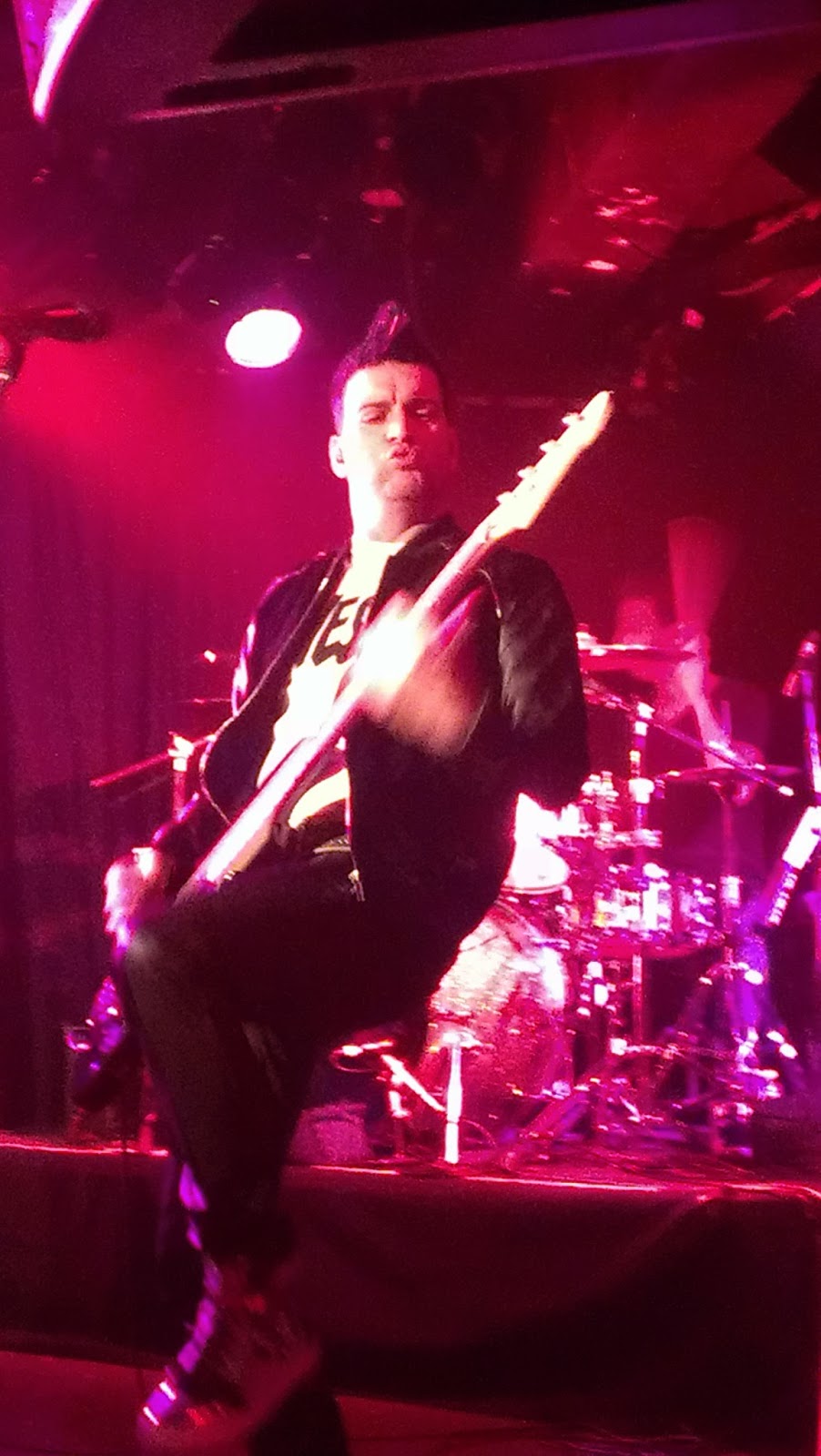 So if you don't follow me on Twitter - you would not have seen that last weekend I went and saw Marianas Trench (which I just noticed their website info on Google describes them as punk/emo -Do emos even exist anymore- - Josh said pop/rock, but whatever) live in concert. Now, I should explain that I have no memory of how I found out about them - I remember seeing their video for Fallout and liking it - which started off this whole crazy thing for me - but I don't remember where or how I saw it. I am also aware too that most Australians have never heard of them.

However, it is oh so rare for me to fall as fast for a band as I did with them. And when I saw fall for I mean music wise - going into the concert I knew barely anything about them. I may or may not have even knew all the band members names :\ I guess I'm a pretty new trencher.

Fate works in mysterious ways sometimes. I had originally wanted to go to the midday show on Sunday but it was for under 18s only (sad-face) so being super ancient, my only choice was the over 18 show on the Saturday night. I bought tickets and only a few days later the Sunday show was changed to all ages (f.......ck!) so granted I was a little pissed. Any-who, I saw the Saturday show and LOVED it! I went straight home and bought tickets for the Sunday show at around 1am that morning. Thanks to the series of events that allowed me to go to the show twice.

I've included some interesting tidbits under the cut. I hope you enjoy!

Set List:
As always - I'm going off memory so some details may be slightly off.
ALSO BEWARE TEXT, VIDEO AND PHOTO HEAVY. Some swearing also.
x

Saturday (18+), we arrived at 8pm (doors opened at 8.30pm) and there was already a pretty big line. It was absolutely freezing! We still managed to get a spot two-three rows from the front of the stage. I think Josh looked at me a couple of times so I wasn't completely invisible for once - being short, that is.

Sunday (AA) I (being on my lonesome this time) arrived at 10am (doors opened at 12.30pm). I was 15thish in line. I wanted to get the first row this time but I was SO worried I wouldn't make it in time. So for 2.5 hours I sat (with the others) in the cold, wind and rain listening to Marianas Trench on my iPod - while trying to block out the girls singing the entire MT collection at the top of their lungs to passing motorists. The doors opened and I was able to be in the front row in front of Mike (yay!) exactly where I wanted to be!

I didn't factor into the pressure of being in the front row. I naturally cannot dance and singing along - or doing anything other than standing there - at a concert is foreign to me. I made an effort but I'm sure I looked like some spaz. I tried. The pros was that I did get a smile from Mike and Matt. Josh also did sang right in front of me. Like literally standing and sitting RIGHT IN FRONT OF ME! Close enough to touch. (I didn't - if you were wondering. I'm old school 'keep your hands to yourself' and all that lol) 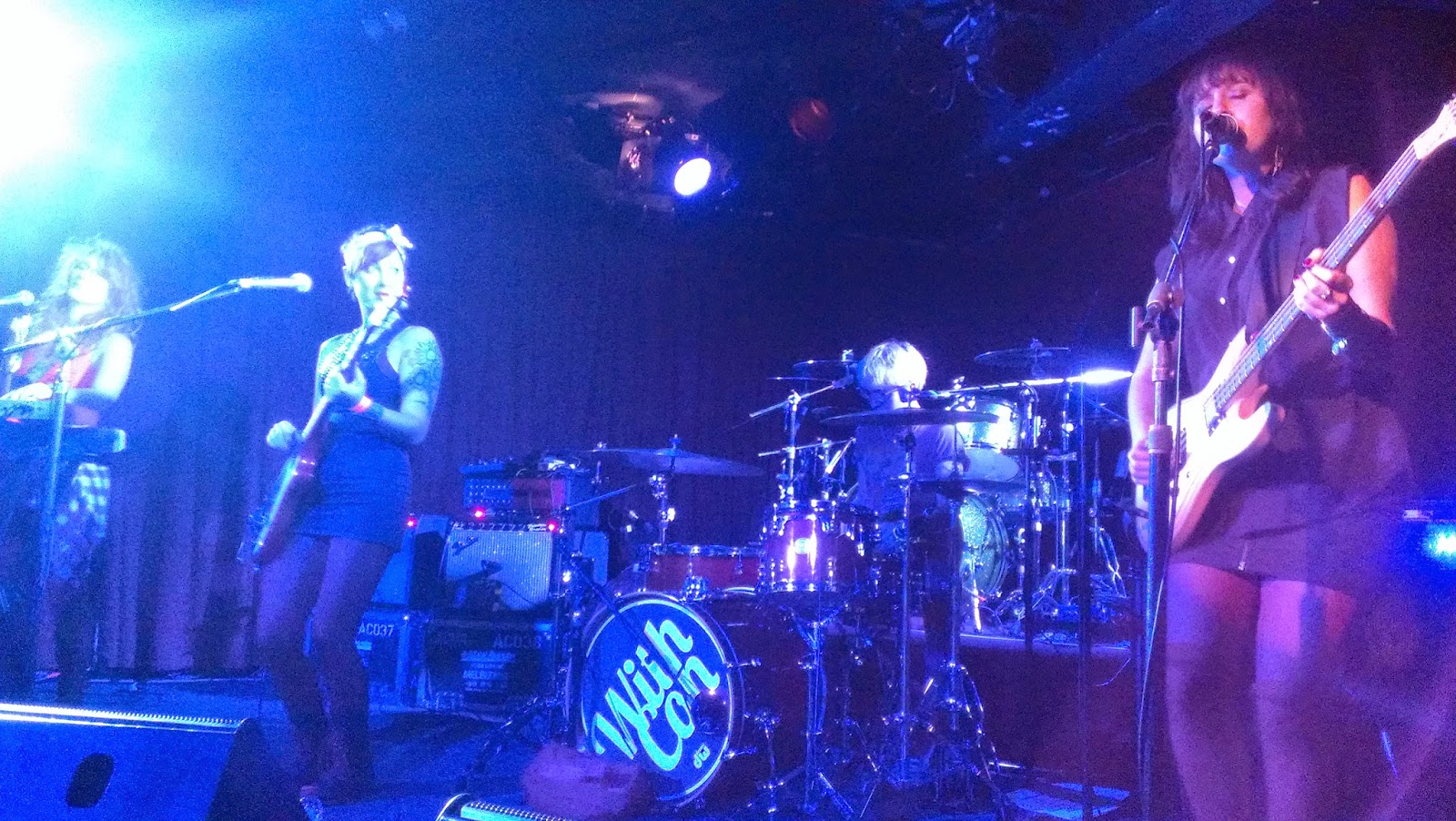 The first opening act was Brooklyn, New York band Secret Someones. They weren't my cup of tea - not to say that they were bad - I'm not a big fan of female singers (never have been - it's the 90s boy-band fan-girl in me) Funny enough, I've had their songs in my head the most since the concert - so I'm unsure what exactly that means ... I should also note that their between song banter was the same on both days (I hate that. Always). The crowd seemed to like them well enough though on both days so that's good - and during the meet and greet they seemed like nice people (although, wouldn't you be if you were trying to plug your album?!) =P 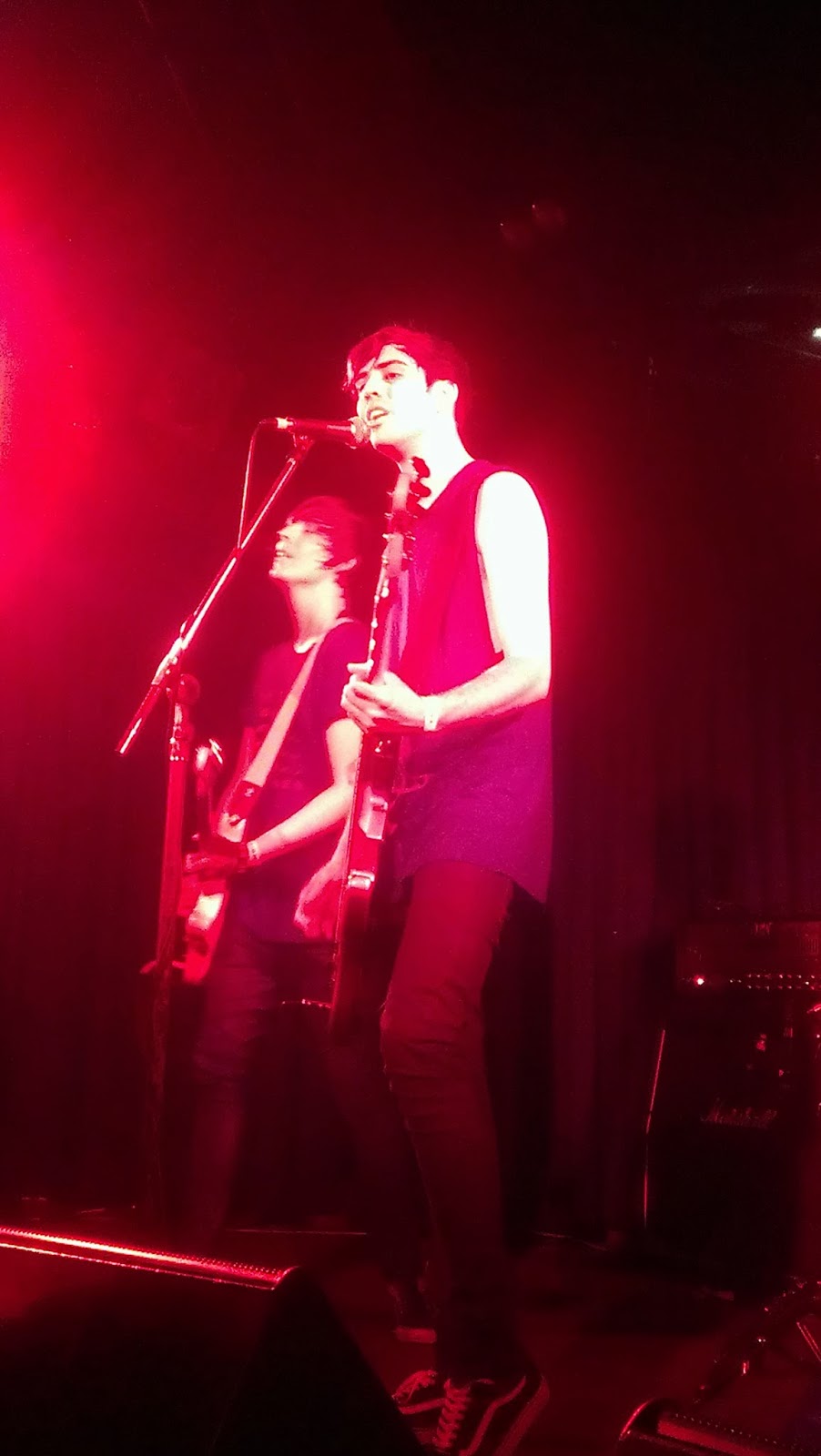 Next up, was Australian band With Confidence. They were always going to be popular because they're a band made up of cute Aussie boys - and when you are in a room filled with mostly young girls, it is just a winning formula. I really liked their stuff actually too. Their drummer is a-ma-zing! I'm sure I will be hated saying this - but I thought he was the best drummer of any of the artists. He also managed to kill a snare drum during the 18+ show. The bass player reminded me of Keanu Reeves - oddly - as I can't explain why or how. The band were very well liked but their banter was also the same (I hates that!). 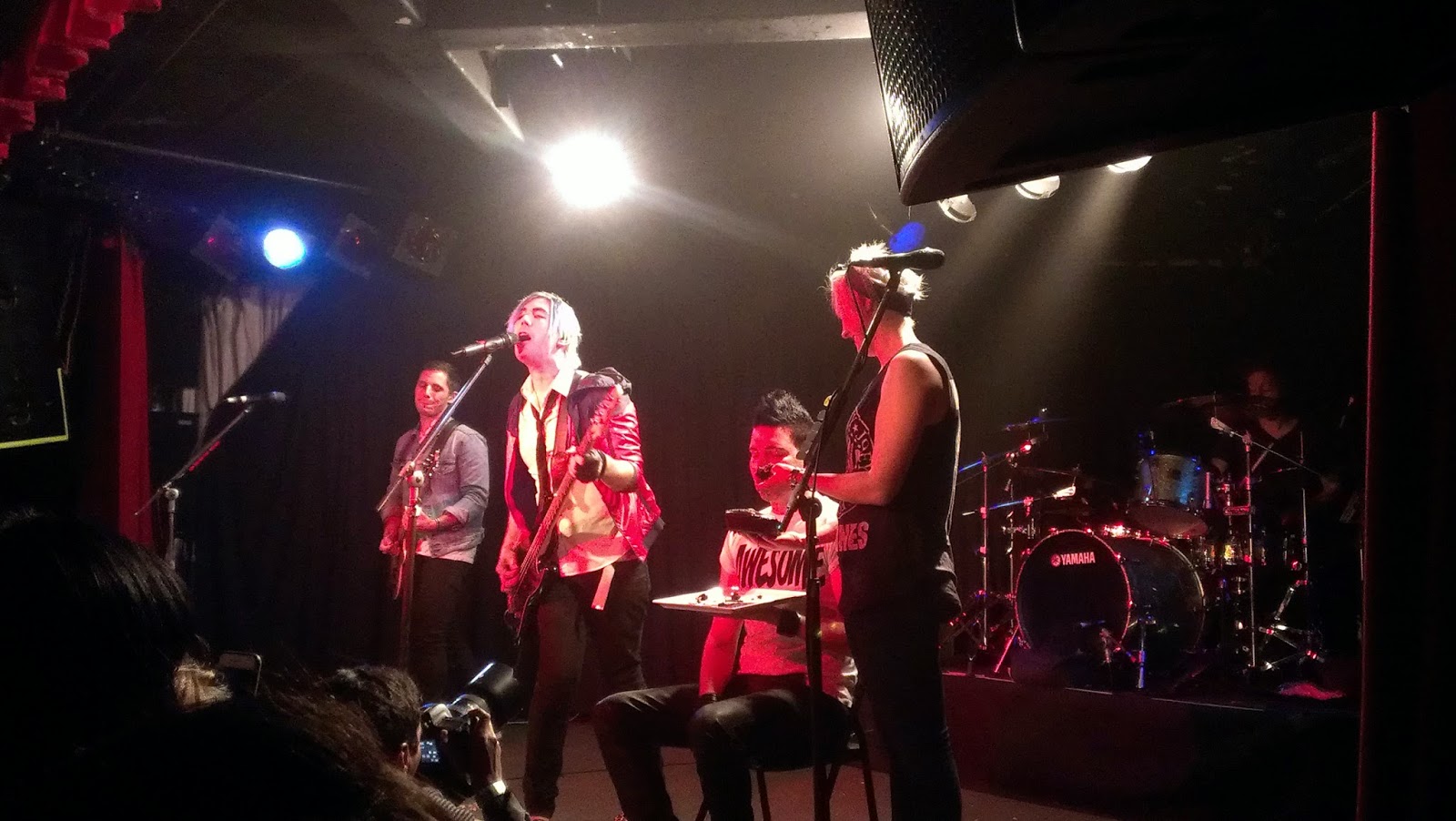 For the sake of this next part, I'm going to refer to the Saturday show as 18+ for over 18s, and the Sunday show as AA for All Ages. It was interesting seeing the differences in crowd over the two days. The 18+ had a mix of guys and girls. The AA was probably 98% girls - if not more. The AA crowd screamed louder than 18+ - but that was always to be expected. Funny enough, lining up for the 18+ concert, some drunk guys returning from the races asked if Justin Bieber was in town - the AA crowd were much more Bieber than the first. Some homeless guys did come over for AA and asked who we were all lining up to see - they then proceeded to talk to everyone in the line. Personally, I think they were drunk - but I could be wrong ...

At 18+, Josh said it is tradition that whenever it is a band member's birthday that they call a fan onto the stage to find the birthday boy cake while Josh sings. They called up a girl called Renee from the crowd and she had until Josh finished singing the song to feed Mike cake. Josh laughed through a lot of the song - so adorable!

Josh also said that Mike's birthday was yesterday in Canada but it wasn't. Mike said it would be tomorrow. And Josh said something like, 'I'm not a scientist. If I wanted to learn about science, I would have finished high school'. Time zones confuse us all - trust me.

I remember he also commented that they bought out three candles too. I remember afterwards Mike saying something that he was almost going to throw up. Josh said it would be funny if they bought more fans on stage to feed him (3 or 8) more cakes. I think Mike said he would probably explode (maybe, possibly) and Josh noted something about doing so wearing an 'Awesome' tee. I don't remember the exact wording but it was something like that. Here's a video - thanks to the person who uploaded this! 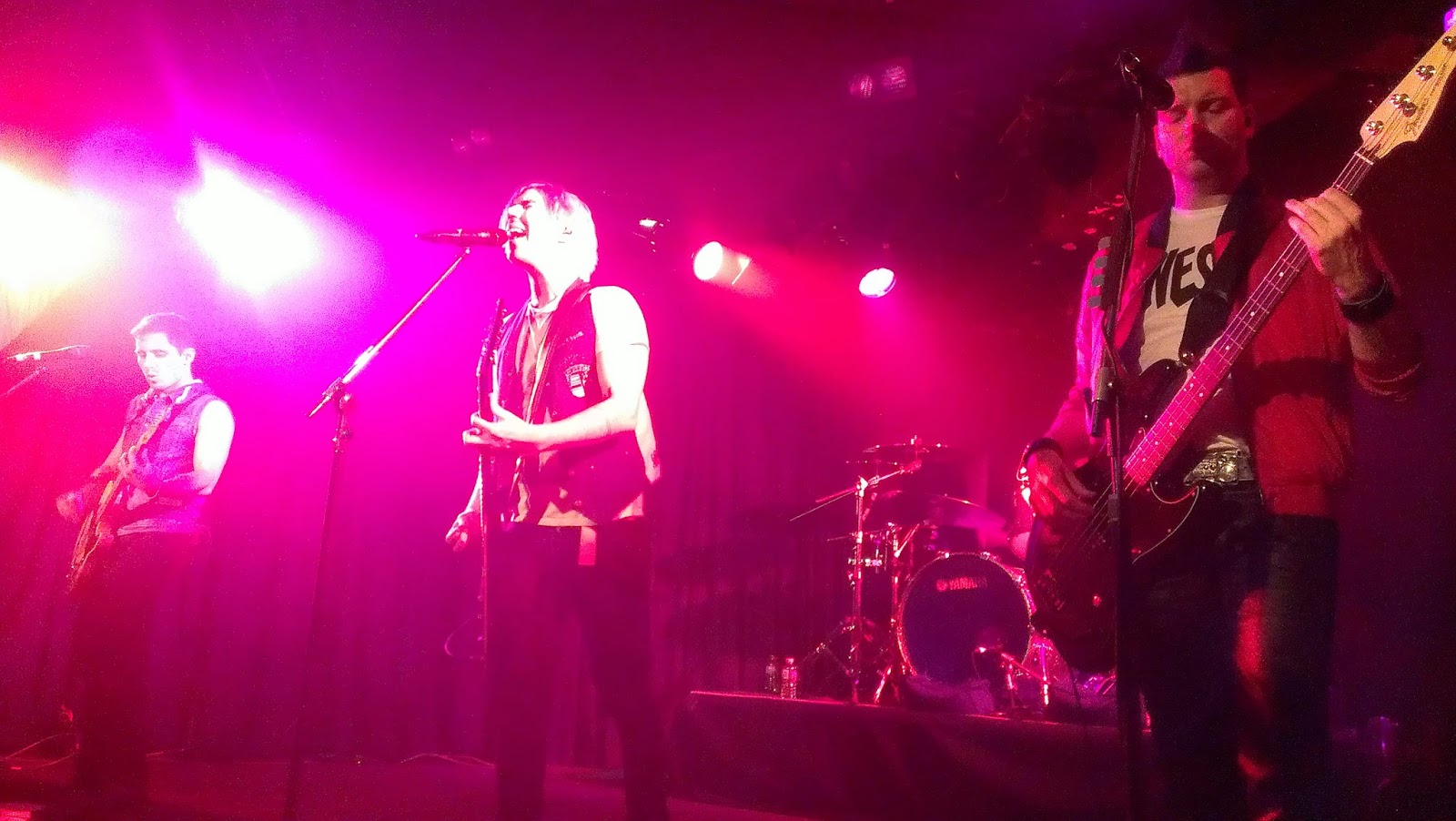 They sang their new song Here's To The Zeros at both the 18+ and AA shows. Second and third times live, respectfully. Josh said it comes out in a week.

Here's a video - thanks to the person who uploaded this!


Considering Here's To The Zeros and Pop 101, I predict the new album Astoria is going to be more pop orientated than previous others - but I guess we have to wait and see … But the 'Hey! Ho!' part ever so often creeps into my head more often than not. I guess it's time to learn those new lyrics. 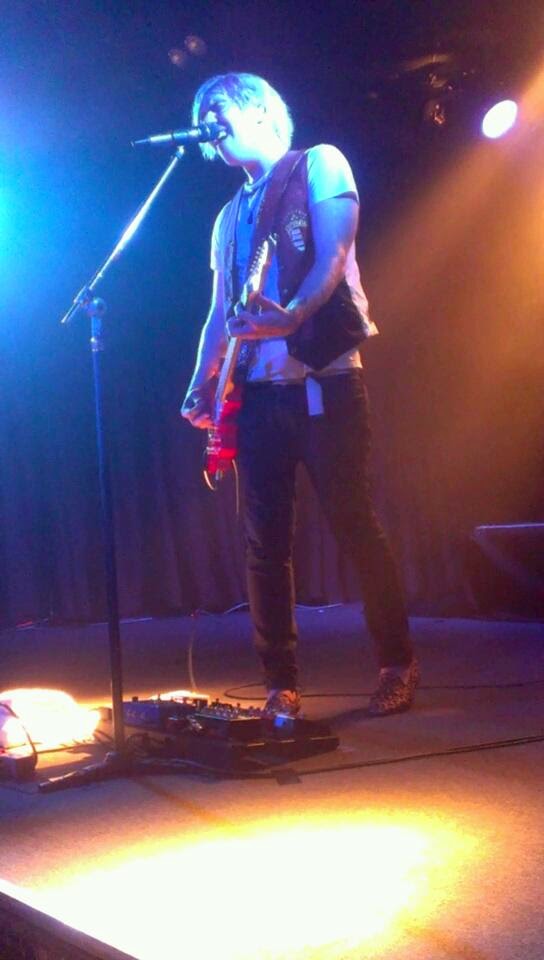 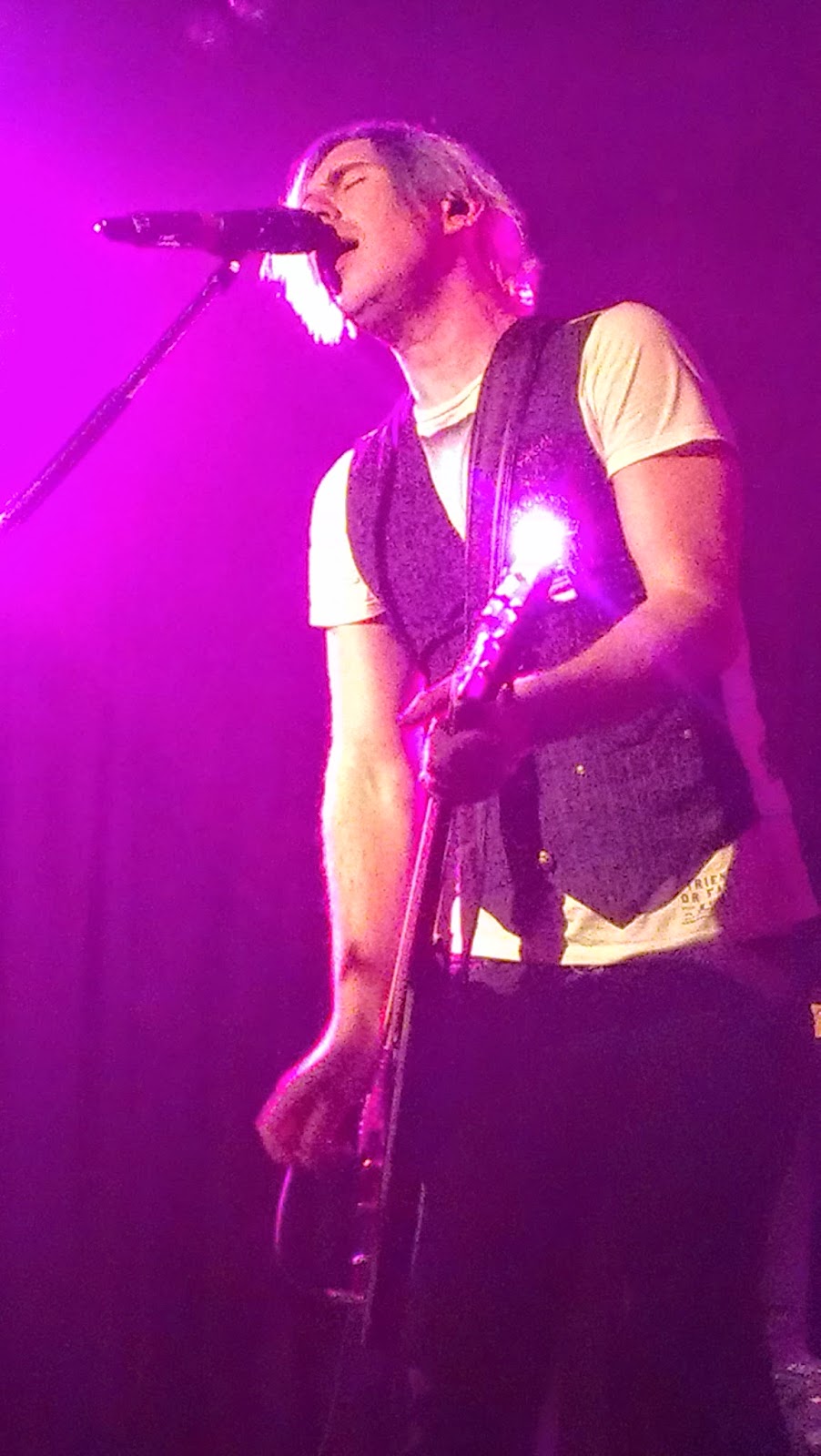 At AA, Josh said that Ian was going to sing us a song - but instead the band members walked off stage leaving Josh to sing a song solo. He asked the crowd what they wanted to hear Josh play. I couldn't hear the suggestions but Josh said that we picked the two MT songs which wouldn't work acoustically. I think one of them was Sing Sing but I'm not 100% on that - even having recorded that part, I can't make out what was said.

He ended up singing Skin and Bones. He described it as a heavy song. He said that he used to have a drug addiction problem. He said when you're a junkie you don't eat so he was really skinny and after he went to a treatment centre, he got really heavy because he was eating food again. And then he had an eating disorder for a couple of years after that.

Mike said it was weird that Josh picked that song because he was thinking about it the other day. Josh said he didn't pick it the fans did. Josh said that Skin and Bones is his favourite song off the Fix Me album. He also said that it's a weird song to do solo and should be done with the whole band. And then they mentioned putting it back on the set list again.

Anyways - I recorded it - which you can watch below.

I would have liked Alibis - but beggers can't be choosers ;) Granted Sing Sing would have been even better considering it is my favourite - but it couldn't be done.

After the show, you could stay back and meet the band. During 18+ Josh made sure we were an all adult crowd and he said he wanted to hang back and have a drink with us all. He said he wanted to try and keep up with us crazy Aussies but he made no promises. At AA he said that he wanted the crowd to stay back "You don't have to buy anything. We just wanted to meet you, say hi, shake your hand" etc. I didn't stay back the first time. The show finished after 12 - we were going to stay until 1am but the crowd was HUGE (I found out later that it sold out). I knew that I wouldn't get a chance to meet them before 1am so I left. I spoke to a girl at the AA concert who said that she got her photos after 2am and there was still a HUGE crowd waiting when she left.

I think the 18+ people got more of a one on one than the AA. Although two girls were lying on the ground at the AA show and when the band came out, Josh lay on the ground beside one of the girls and she went nuts and screamed! But at the AA show, MT were told that they had to be orderly (I guess because the night before had taken so long) so we all had to line up where the band was waiting at a station where you could take a photo with them and get something signed. It was really awkward and rushed and you got no time to talk to them whatsoever. I understand that the people wanted MT out of the venue but it was really quite impersonal and rushed, I thought. Not that it was the bands fault and - Still, I'm not complaining as it is more than other bands do - but it wasn't the best. I spoke to Mike for two seconds. Matt and Josh said nothing to me. And Ian thanked me as I was leaving. The guy taking the photos didn't know how to work my camera and he kept pressing the record button, so I literally have all this video footage of us just posing for a photo. This happened twice. Pretty cool actually - especially as I can take screenshots during videos on my phone.

I know some people stuck around at the stage door and got some one on one time afterwards. I thought about it but I was meeting friends for dinner so I had to rush off and go to that.

And that's it :) I enjoyed it SO much. Even SO much more than I thought I would. Until next time ….