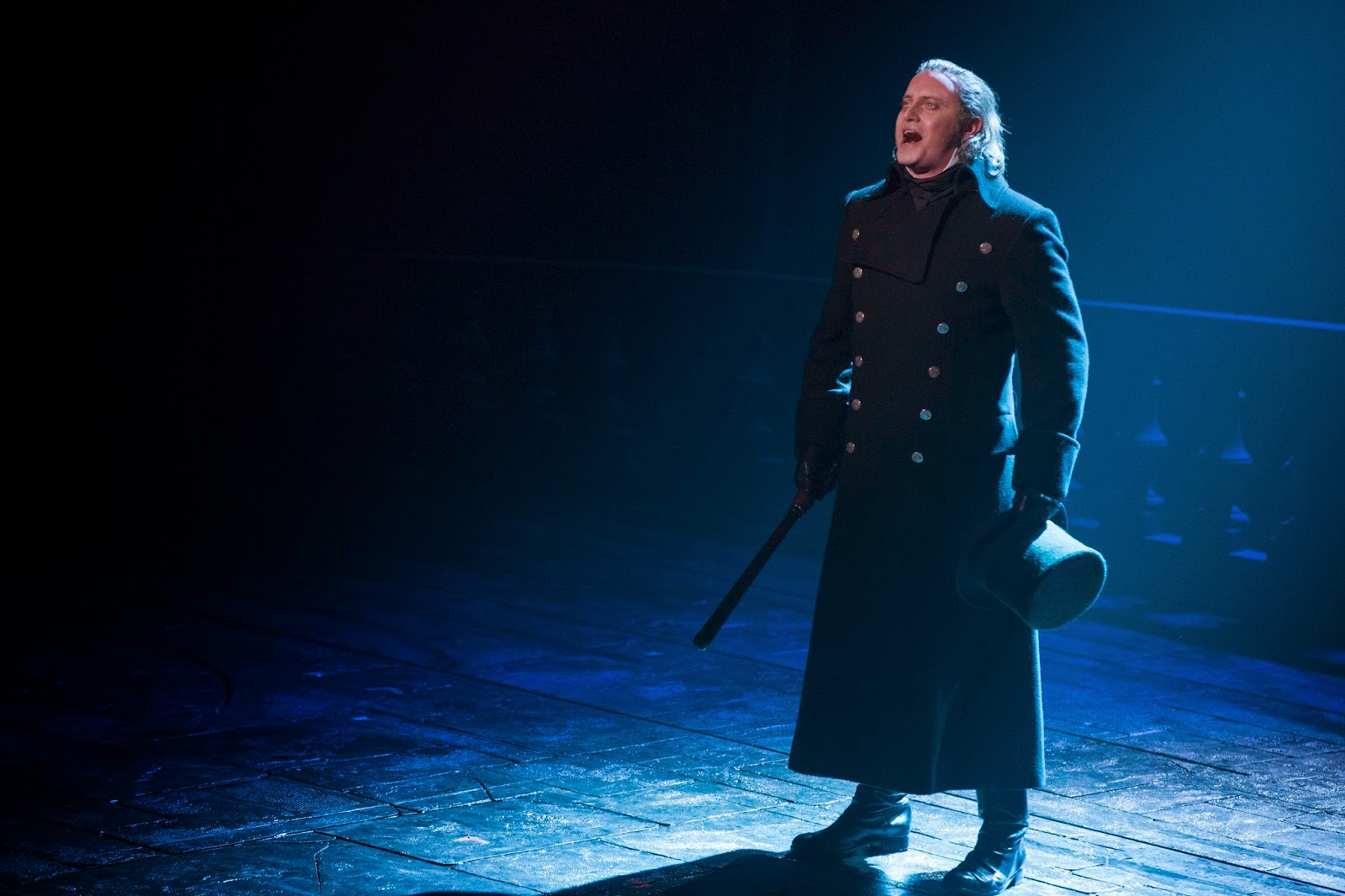 AN INTERVIEW WITH
Hayden Tee


Hayden Tee is currently starring as Javert in the Australian production of Les Misérables. I spoke to Hayden about his take on Javert, what he likes most about the production and what his future plans are once Les Misérables comes to a close.

You’ve been involved in a lot of musicals from South Pacific to My Fair Lady and Jekyll & Hyde. Is there one or a few personal favourites or career highlights for you so far?
I love what I do and am generally very happy in any show as long as I am working. Personal highlights are definitely Les Misérables - which is a big part of why I have returned. I also loved doing Cats - there is so much room for improv that it never ever got boring.


If you could play any role in any musical, what would be your dream role?
Phantom in Phantom of the Opera is a dream role. My true dream role has yet to be written though.

Have you always had an interest in music and performing? Where did your love for the arts come from?
I developed my love for performing quite late, at the age of 14, because I wanted to spend more time with a high school crush. She gave up the arts and I found my true love was the stage.

You were born in New Zealand but live in New York. Why did you decide to audition for a musical in Australia?
Javert is a dream come true and I wanted to play the role. I always wanted a career that could travel between the USA, UK and Australia.

You’re currently playing Javert in Les Misérables. How challenging do you find playing a character who, not only physically but mentally, develops, changes and grows so much over so many years in such a short amount of time on stage?
That is a huge reason I am attracted to the role. As an actor it is very rewarding to go on a full journey from start to end and is a great challenge.

Javert is essentially the “bad guy” in the musical, but he is in fact just doing his job and what he considers right. What is your judgement of Javert’s actions?
You hit the nail on the head! Javert is the antagonist but not the villain, just a man doing his job and trying to make his world a safer place by taking a dangerous man off the streets. As an actor it is much more interesting to play a character who has genuine motivations that he believes are good and just.

In the musical, Javert commits suicide and through some fancy wire work on stage you’re pulled back into a water projection. It seems like something that would not only be difficult but something that adds another layer to your performance. Is that right?
The special effects used for Javert’s suicide are great and, although they took a while to get used to in technical rehearsals, flying is now a part of the show I really look forward to. I can’t tell you how the effect is achieved or I would have to kill you but I can say there are actually no wires.

When Anthony Warlow played the Pirate King in Pirates of Penzance he based his performance on Johnny Depp in Pirates of the Caribbean because it was popular at the time. Did you draw upon Russell Crowe’s recent performance of Javert in the movie version of the musical at all?
When preparing for Javert I tried not to borrow or copy any previous interpretation. I read the book three times and approached the role as if I was the first person stepping into his shoes. I liked the vulnerability that Russell brought to the role but did not try to copy or reference his performance in any way.

You previously played Marius in the 20th anniversary West-end production of Les Misérables in London. Apart from the obvious differences, what are the main differences between playing Javert compared to Marius as a performer? As in, which role was more fun, more challenging etc?

I thoroughly enjoyed Marius and I am having the time of my life with Javert, they couldn’t be more different. At the core it comes down to the function they each play within the show, Marius represents heart and future while Javert reminds us of the past, its consequences and provides a clock that is constantly ticking as time runs out.

If you were to do the show again, would the natural progression be to play Jean Valjean?
I’m not sure, to be honest. Jean Valjean is a great role but right now I find Javert more exciting. I may be too old soon and have to jump straight to the Bishop.

What is your personal highlight of being part of the show?
It is a gift to be a part of such a well-oiled machine. We know the show works and every aspect of it has been honed and polished. I also love the family feeling within the company, everyone genuinely cares for each other which makes a great working environment.

What is your favourite song from the show?
My favourite piece of music in the show is the line Valjean sings in the epilogue. “Alone I wait in the shadows, and count the hours till I can sleep, I dreamed a dream Cosette stood by, it made her weep to know I die” gets me every time.

What is a normal week for you like when you’re performing eight shows a week? Is there much down time or are you constantly working?
I am a man of routine and most weeks look the same. At the end of the show on Sunday I socialise with the cast for a couple of hours then try to get 36 hours of vocal rest usually ending midday Tuesday just in time to start the week. Double show days are all about Les Misérables, while evening show days are filled with gym in the afternoons. I bike to and from work which allows me to prepare, warm up, warm down and shake off any post show adrenalin before bed.

When you’re not working, what do you like to do in your spare time?
Gym, food, socialise [and] lose myself in a great TV series.

You’re also a recording artist – your self titled CD was released in 2003 and Generation whY? LIVE was released in 2009. How did this come about? And why did you choose to record the songs you did for the albums?
I am actually working on my third solo album right now. I try to include songs that really speak to me at the time, something that intrigues me or offers a point of view that interests me.

After Les Misérables finishes, do you think you will head back to working in New York?
Yes, I will return to NYC but who knows when. I am happy to go with the flow and do roles that appeal to me at the time no matter where they happen to be.

Lastly, is there anything you would like to say to your fans?
Everyone has been so supportive and encouraging throughout this entire production and I am incredibly grateful for that.

Les Misérables is currently playing in Perth until March 2nd before it heads to Sydney.
For ticket details go to: http://www.lesmis.com.au/

Email ThisBlogThis!Share to TwitterShare to FacebookShare to Pinterest
Labels: interview