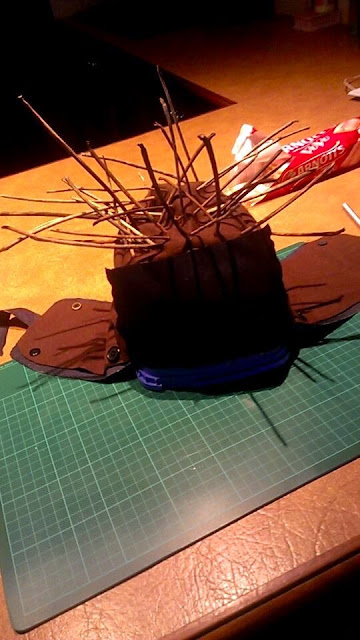 All up, it's been a real bitch! But I'm VERY happy with the outcome. The photo above is the almost finished version of the hat. It has had some adjustments since then but I am happy to say that it is now completely finished.

I wanted to share some details on how I did it. This hat was made with blood, sweat and tears, and I stress a LOT of trial and error on my behalf!

Firstly, I tried to improvise on how to make the hat. It didn't look too bad but I had some complications so I decided to try and find a free tutorial with pattern online. I ended up getting the free tutorial/pattern from Sewbon and I added some extra width where I wanted it so I could play around later with length (better to cut and adjust later).

I should say that I still had to add bits and pieces to my hat because the tutorial didn't work the way it should have. I think this is due to - not adding extra width - but more due to the way I chose to sew it and the materials I was working with. Either way, I did my best using the tutorial and my own instincts.

After the hat was sewn, I had to work out how to add the sticks. I asked a lot of people's opinions on how best to add sticks to my hat. The best way seemed to glue the sticks to a sponge and sew it in. I turned the hat inside out and stabbed holes in random places. I tried to use a Stanley knife but it didn't work so in the end I used a scalpel. I then stuck the sticks to the sponge. It worked perfectly except the sponge went on an angle - it must have happened during the gluing process so the sponge didn't sit correctly when I put the hat on.

So with that failed, I went to option B. I wound sticky tape around the edges of the hat on the inside. Placed a second sponge (this is also good for added shape and height - which is needed) in the hat and added the bottom layer of fabric into the hat so all of it stayed in place - basically, the material above your head. So it goes - sticks, tape, sponge, fabric then where your head sits.

I then added some buttons. I also added some wire around the outside of the flaps (with the material flipped under so you can't see it) to give it so shape and flair - because the flaps looked wrong sitting flat against my hair.

And that's it - that's how I made my hat. This really should be a guide on how NOT to make a hat! But as it is my first attempts, I'm very happy with the results. It's not the best looking thing I've seen people make but meh I'm proud of it - especially as everything is badly sewn by hair as I don't have a sewing machine!

I can't wait to show you the final thing! =D

- Also, the hat is sitting on an eye cream carton in the photos to keep its shape and to make sure the twigs don't snap. 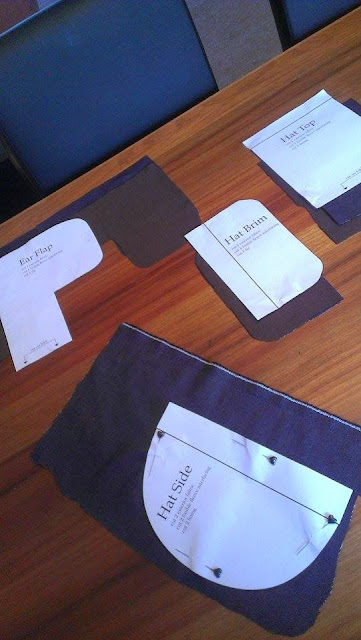 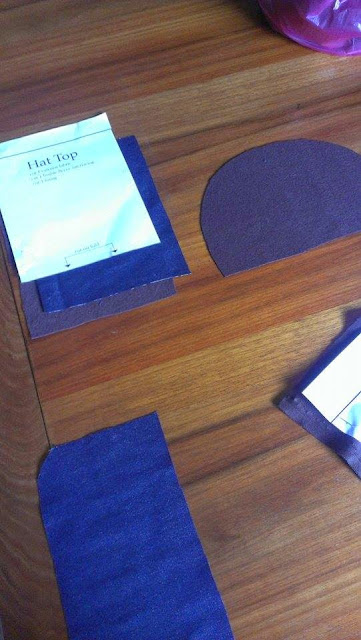 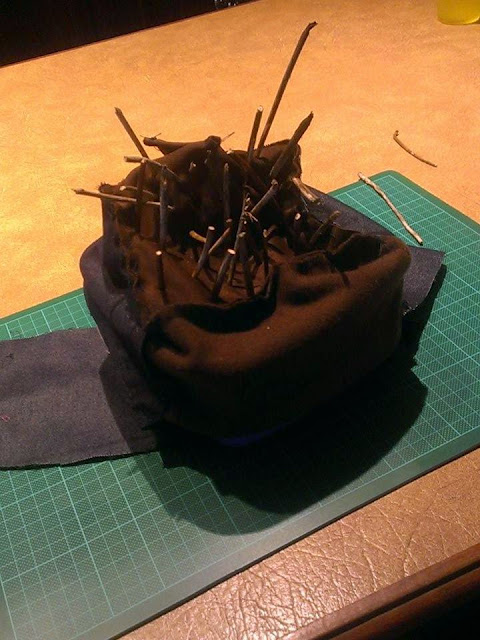 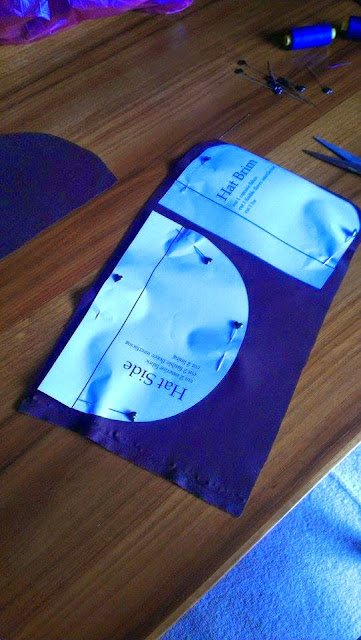 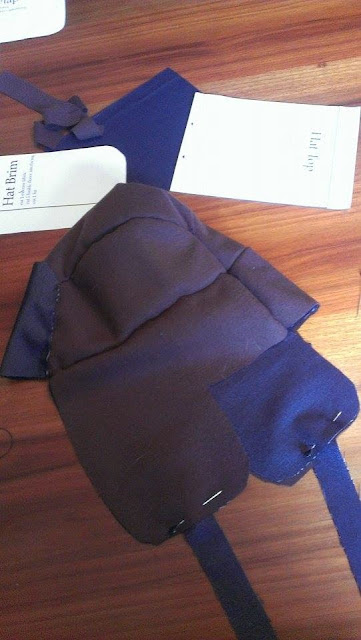 In regards to my previous cosplay attempts (as on the blog), I still plan on doing a photo shoot for me but not wear it out. I have my reasons for this but regardless, I plan on doing the shoot after January sometime.
at 8:41 am