I don't for a second thing that there's anyone out there who pictures their cosplay and then makes it without tweaking it. That may mean letting something out, taking something in, adding something there etc etc. I believe cosplay is about layering details to create an overall look. Maybe that doesn't include one piece Lycra suits - but even then, I think tweaking would be involved to get the fit right.


So firstly, did you guess from the hat alone that this is what I am going for? Maybe a more simple version but nevertheless ... 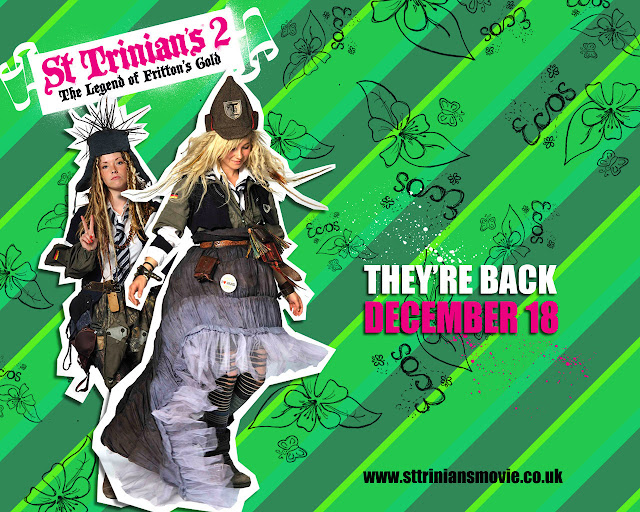 I needed the bare minimums to make the outfit. This included the cardigan, tie, shirt and skirt. The cardigan and skirt are both from boohoo, the tie is from eBay ($7), the tights are from Big W ($8), the bracelets from Gloss and the shirt is from Kmart ($12). I'm sure a lot of cosplayers would be outraged that I bought my costume instead of making it but I chose to do that by choice and choice alone. Why? You ask. I knew it would look better if I bought it and I like how I can wear every piece again on its own - okay, maybe not the tie or hat, but the rest I can.

The photo below is a photo of the bare minimums. The socks were ones from my own wardrobe but at this stage I had different ones coming from China thanks to eBay. 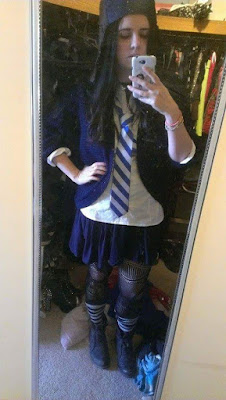 The ecos like to wear a lot of khaki but being unable to find a suitable vest online, I hit the op-shops. The first shop I hit I found this khaki jacket from Miss Shop for $5.It wasn't perfect but for $5, I thought it was a bargain. So I chopped the sleeves off and had a vest. You can see I also used the sleeve as a feature, like it is in the movie. 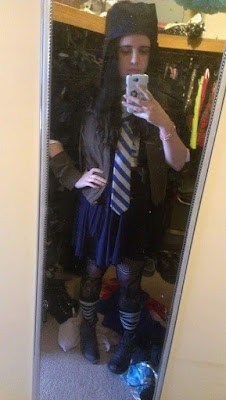 I thought too about belting it like it's done in the movie but the vest and cardi was just too bulky together. The vest nee jacket had a heavy lining which I thought best to remove to eliminate some bulk and make it sit better. 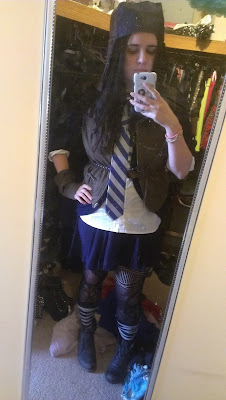 I ended up chopping the vest too much so it became like this and no longer looked like a vest at all :\ It looks weird. Very weird. I will try it again but me thinks it won't be used. At this stage my socks had also arrived and I'd bought some beads from Spotlight to make a cheap necklace. 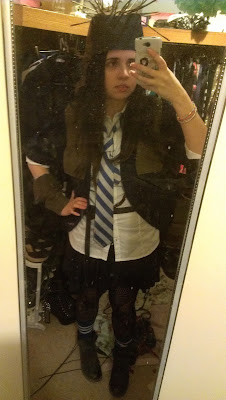 This is the exact same look above minus the vest. The hat is such a bitch to try and fit in the photo. It's so big! It's meant to be but it certainly takes some effort! 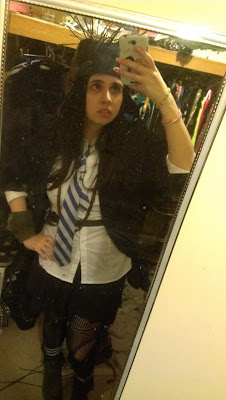 And then this is the same look minus the vest, belt and beads. 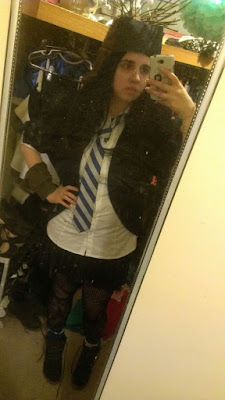 So basically I'm playing around with adding bits and pieces at the moment and seeing if I want to keep the socks and if so, where to let them sit on the leg. Ecos are all about socks and tights - but I don't want to chop my tights up even though I think it would look better. But I'm determined not to do that because I actually really like them, unexpectedly so, and would wear them out and about. They're actually called boho tights - which I figured was similarish to eco.

That's where I'm at. It's going to be a group cosplay so I'm just one of the links in the student chain. The ecos are all about layers so we shall see where this thing ends up. I'm very excited to have dreads for a weekend though. It's going to take a lot of work but it's going to be so worth it!