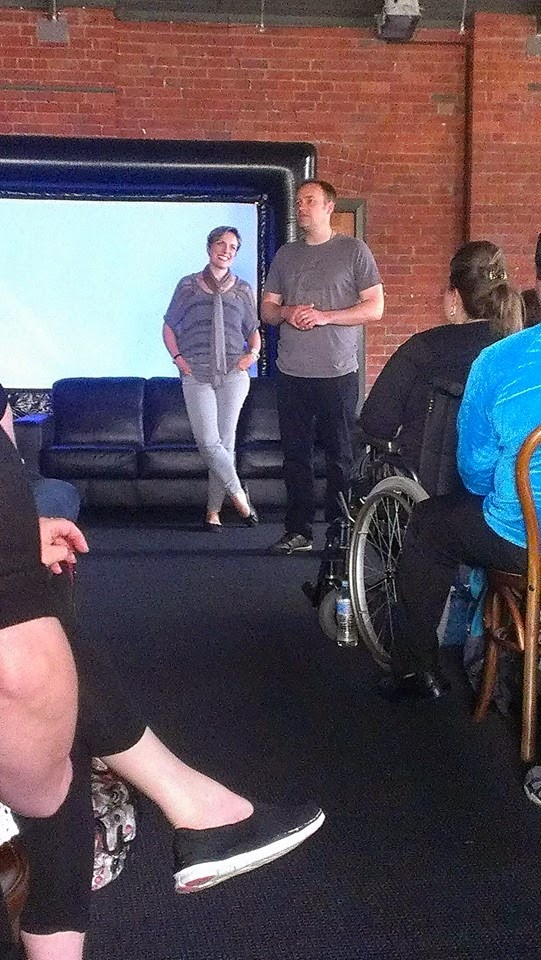 At Armageddon (write up), David Hewlett exclusively screened Debug for his Melbourne fans (and New Zealand this weekend, I do believe). I want to thank David for giving us (because I think I can speak for all of us in this instance) the opportunity to see the screening. Things like this generally don't happen in Australia - we are usually the last to see anything - so we thank you for your hospitality, kindness and sheer enthusiasm to share your movie with us.

I also want to thank all those involved at Armageddon who made the screening possible at the very last moment. Even though the room was not ideal for the screening because the screen was so low and the seats were all level so it was really hard to see the screen at most times during the screening. Of course, this was not David's fault and you could tell that he was really pumped and proud to share it with us.

All the details under the cut.
Spoilers are hidden and can only be seen if text is highlighted!

The movie - written and directed by David Hewlett - is described as a science-fiction horror.
IMDB describes it as:
Six young computer hackers sent to work on a derelict space freighter, are forced to
match wits with a vengeful artificial intelligence that would kill to be human.

To be honest, I had no idea what to expect. I had seen the sneak preview (here) and found it most terrifying! A science fiction horror movie is not my kind of movie - just because I get freaked out really really easily and any horror movie is guaranteed to give me nightmares for weeks on end! I think my excitement to actually see this movie shows how much of a David fan I truly am if I was happy to battle a month of sleepless nights!

However, after viewing the movie, I have to say that I don't think it was scary. Yes, it did have some jumpy moments and gore - a lot of gore! But gore has never bothered me. One very gruesome scene comes to mind which was just so mind-blowingly cool! - SPOILER when a certain character's head gets stomped on. I would like to see it again. Firstly, because I enjoyed it and second, because there are some things I am unclear on - or maybe I'm just not smart enough because at its core its a smart science fiction movie. This is more so because of the limited viewing than the movie itself.

I think it is one of those movies that the more times you watch it, the more you will pick up and the more interesting and layered the movie becomes. And mad props to David for the directing and the story which I think is brilliantly done. It is certainly a step above A Dog's Breakfast - not that that was done badly in any way, but you can tell that David must have learnt a lot since his first directorial debut.

If I was to describe this movie to anybody, I would describe it as a mix between Event Horizon and Cube. It was also described to me as very similar to Transcendence.  You can tell that a lot of money went into the amazing special effects. The quality of special effects were a-ma-zing! And I'm pretty hard to please when it comes to effects - but if you know David he would have pushed for the best effects possible.

Also Jason Momoa is so BADASS in it!

In conclusion, if you like smart science-fiction movies which have a bit of horror, suspense and gore than you will definitely like this movie. If you don't though - it is definitely worth a look anyway. It is very well done in every sense of the word. 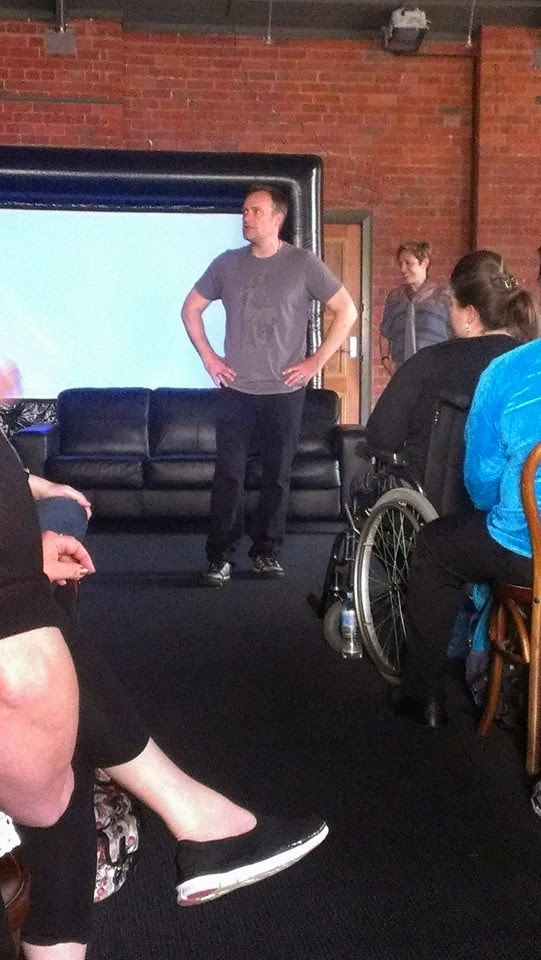 As well as the screening, David spoke about the movie before and after the screening. I recorded the Q&A because I love knowing all the geeky nerd behind the scenes information that only a good special features DVD disc can tell you! (I will literally rent/buy a DVD just for special features - even if I didn't like the movie) So if you're a total movie geek like me and like to know the little geeky details, there is some interesting stuff from the Q&A that I think you will enjoy!

It would be amazing if you could share this post or even the video around, get #DebugMovie trending on Twitter or any publicity for the movie! David, thank you again! x
at 12:27 am