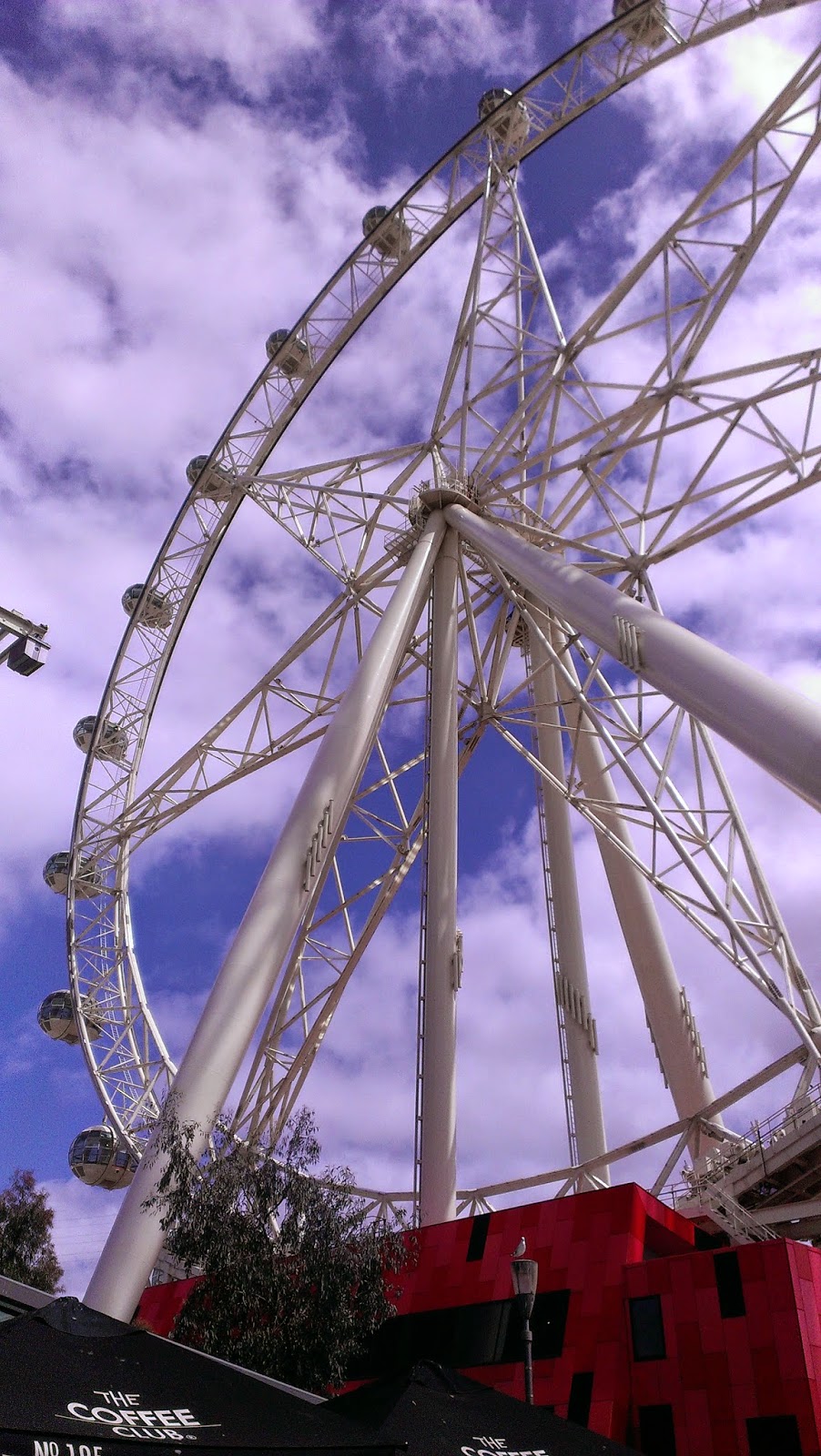 Yesterday was one crazy random weird day! Nat from Extra Life As Life and I hit up Melbourne-town stalker-style for a very innocent meet and greet at a very swanky Melbourne Hotel of one of my favourite Kiwi actors. Then Nat and I hit three different shopping centres, had an amazing lunch (Get the mushroom burger from Burger Monster!! Followed by Cold Rock icecream!) before randomly stumbling across the Melbourne Star. And what better time than the present to go on it?

I've always said it is in the wrong location of Melbourne - and after going on it, I confirm that opinion - and that the Eureka Tower is in a much better place. However, it is still worth going on if you're in Melbourne. Not only for the sights of Melbourne but also for the cute boy eye candy working there ;) It also does have a pretty good gift shop. We had a pod all to ourselves - we were told it was the VIP pod. So awesome! Just the two of us.

I've included some photos under the cut for your viewing pleasure! 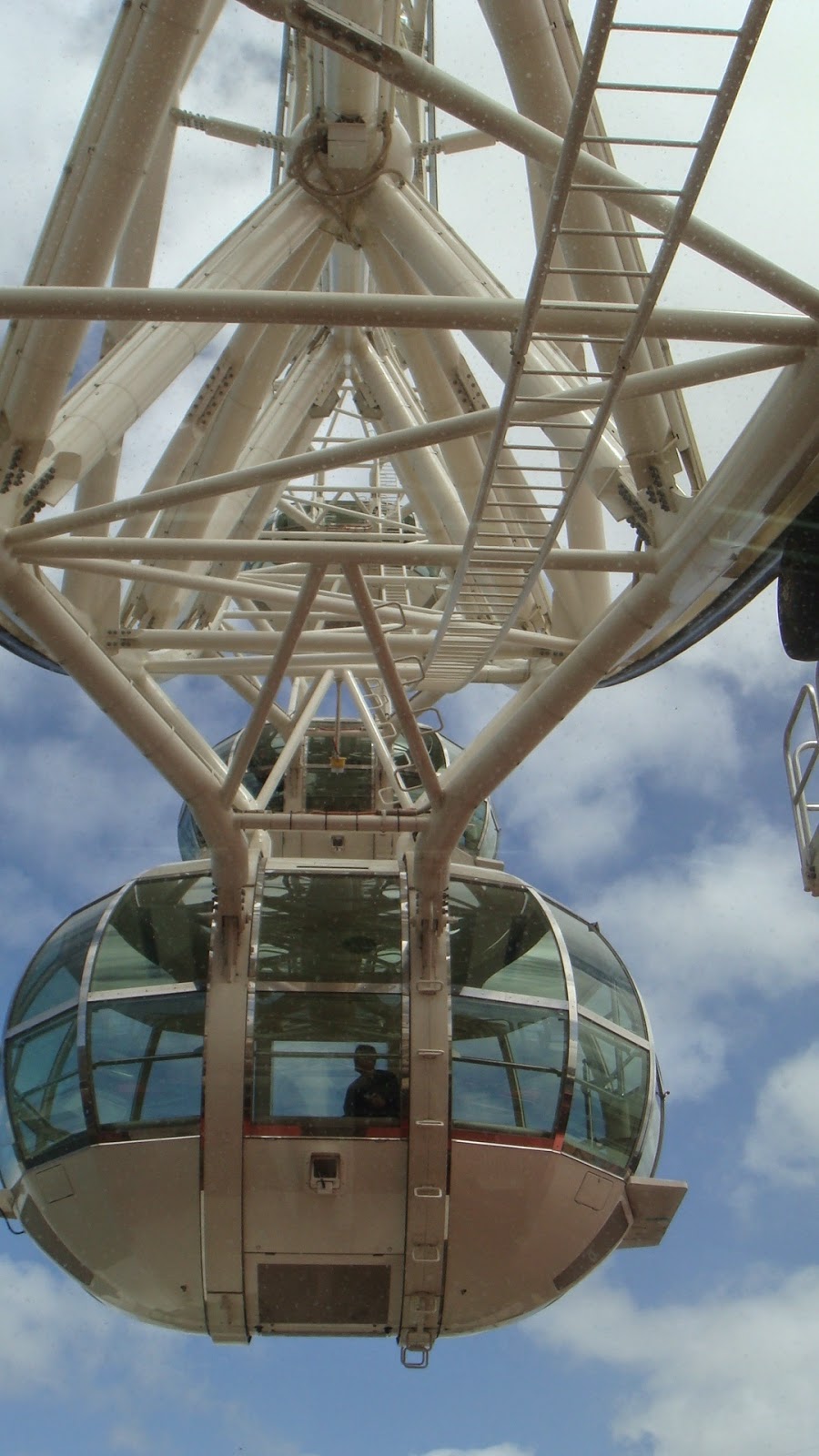 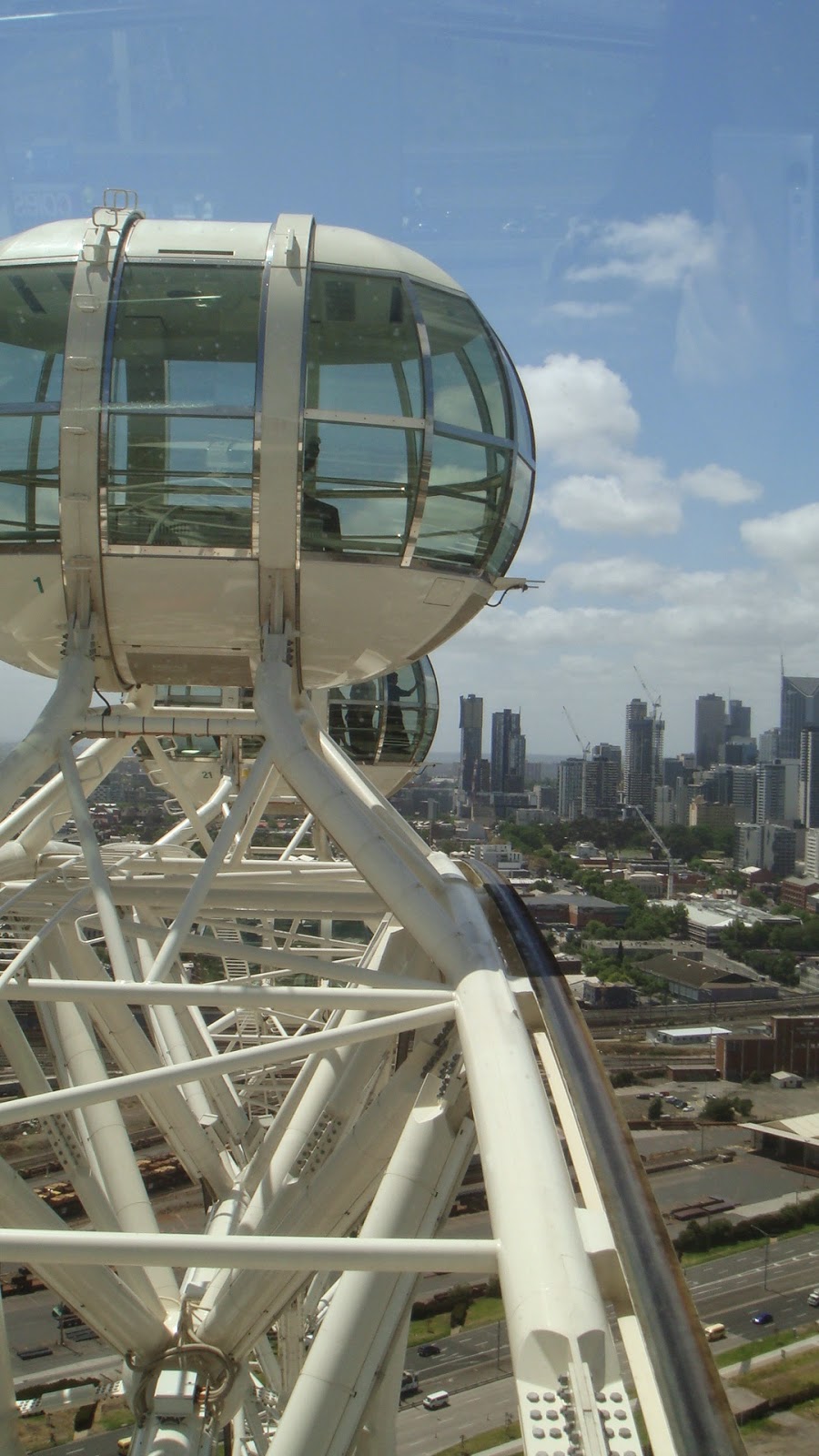 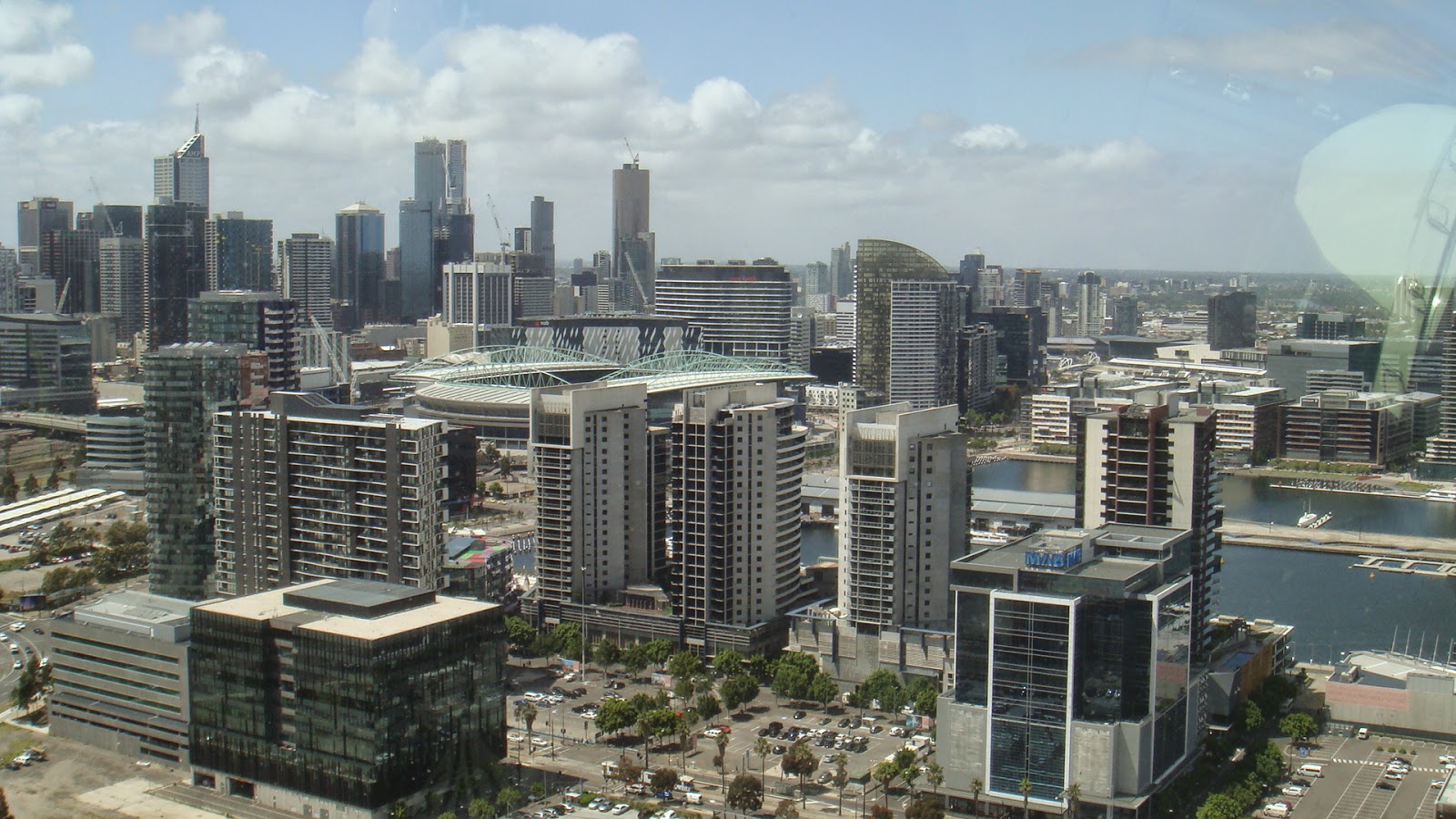 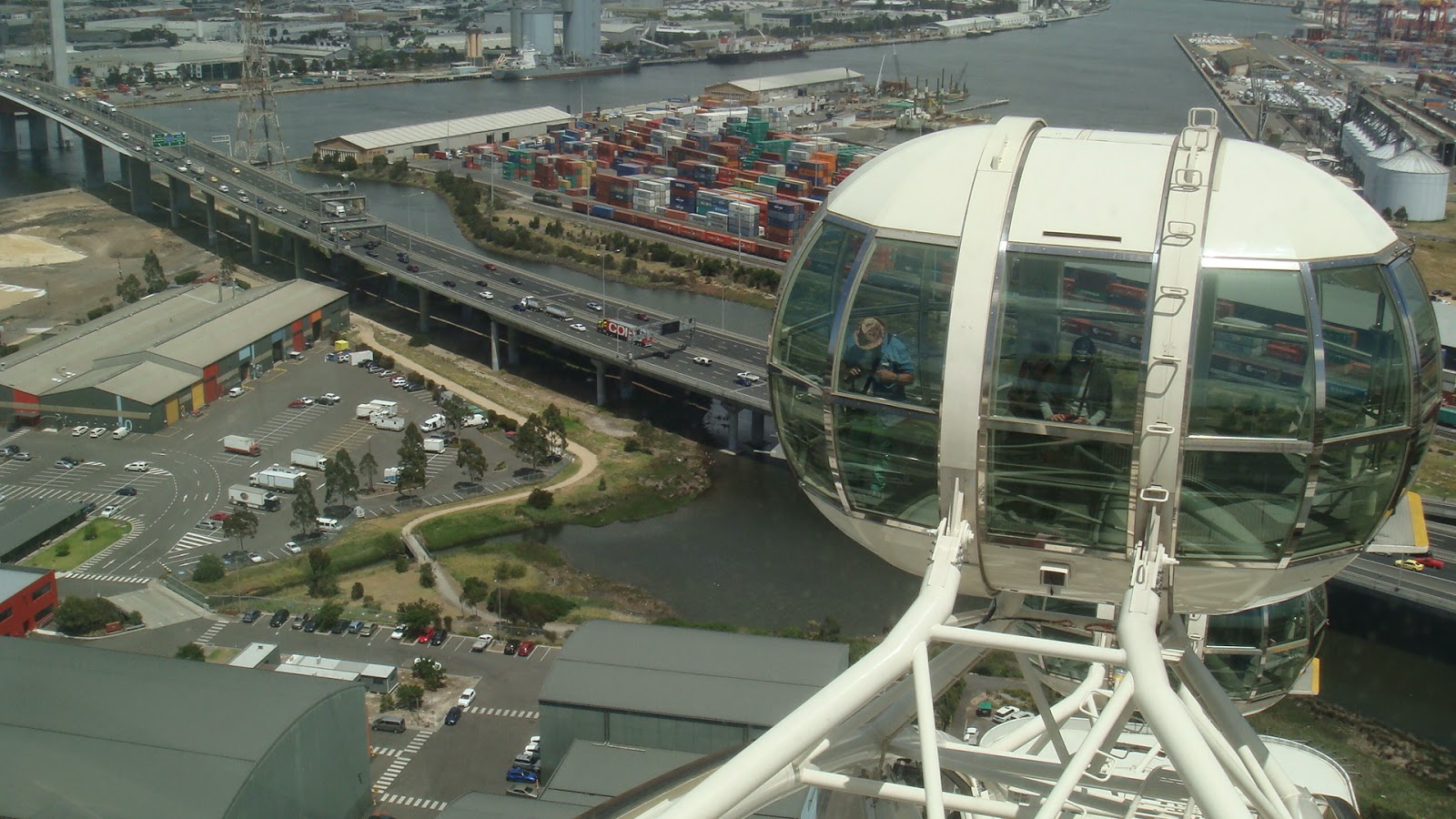 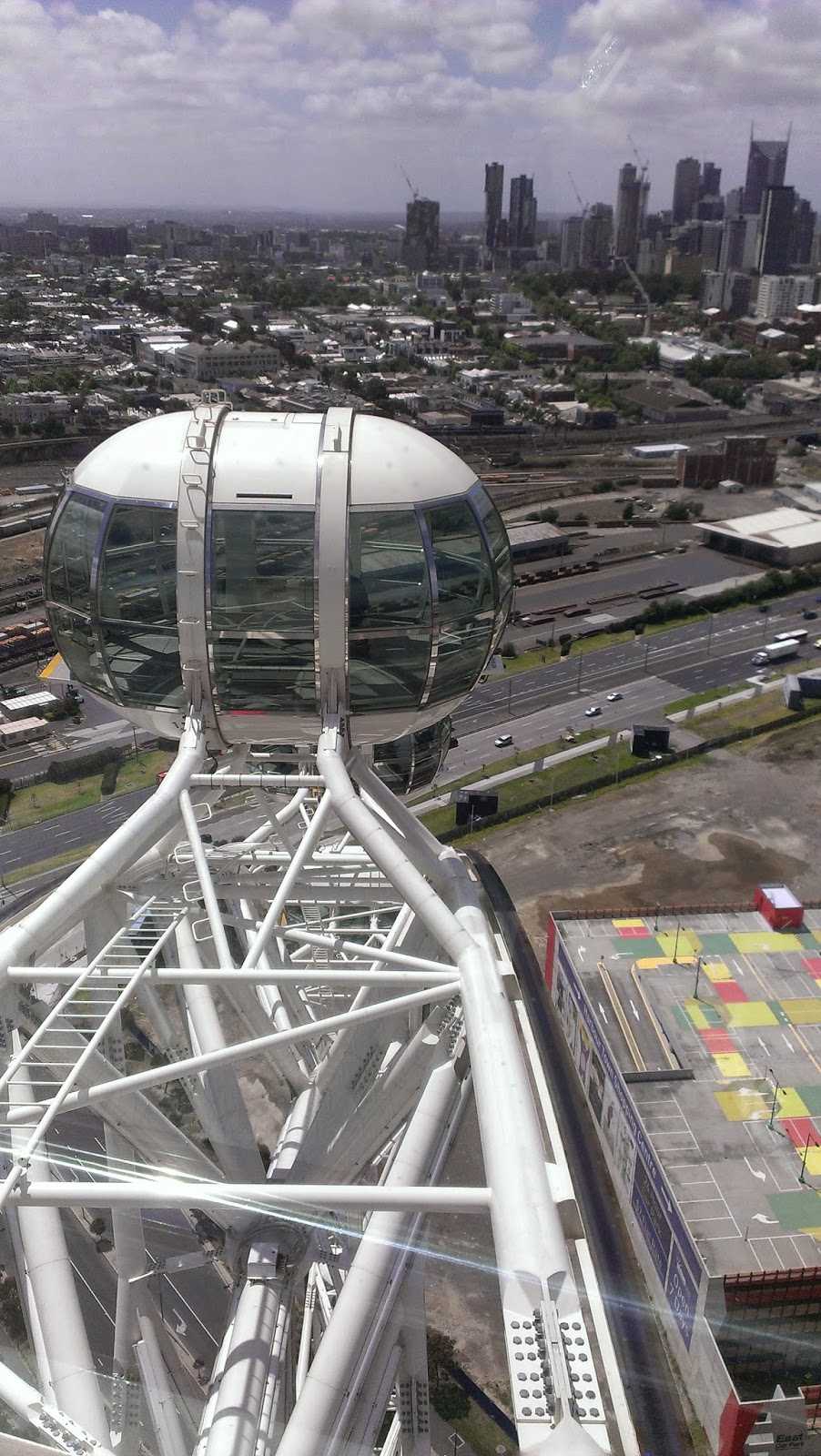 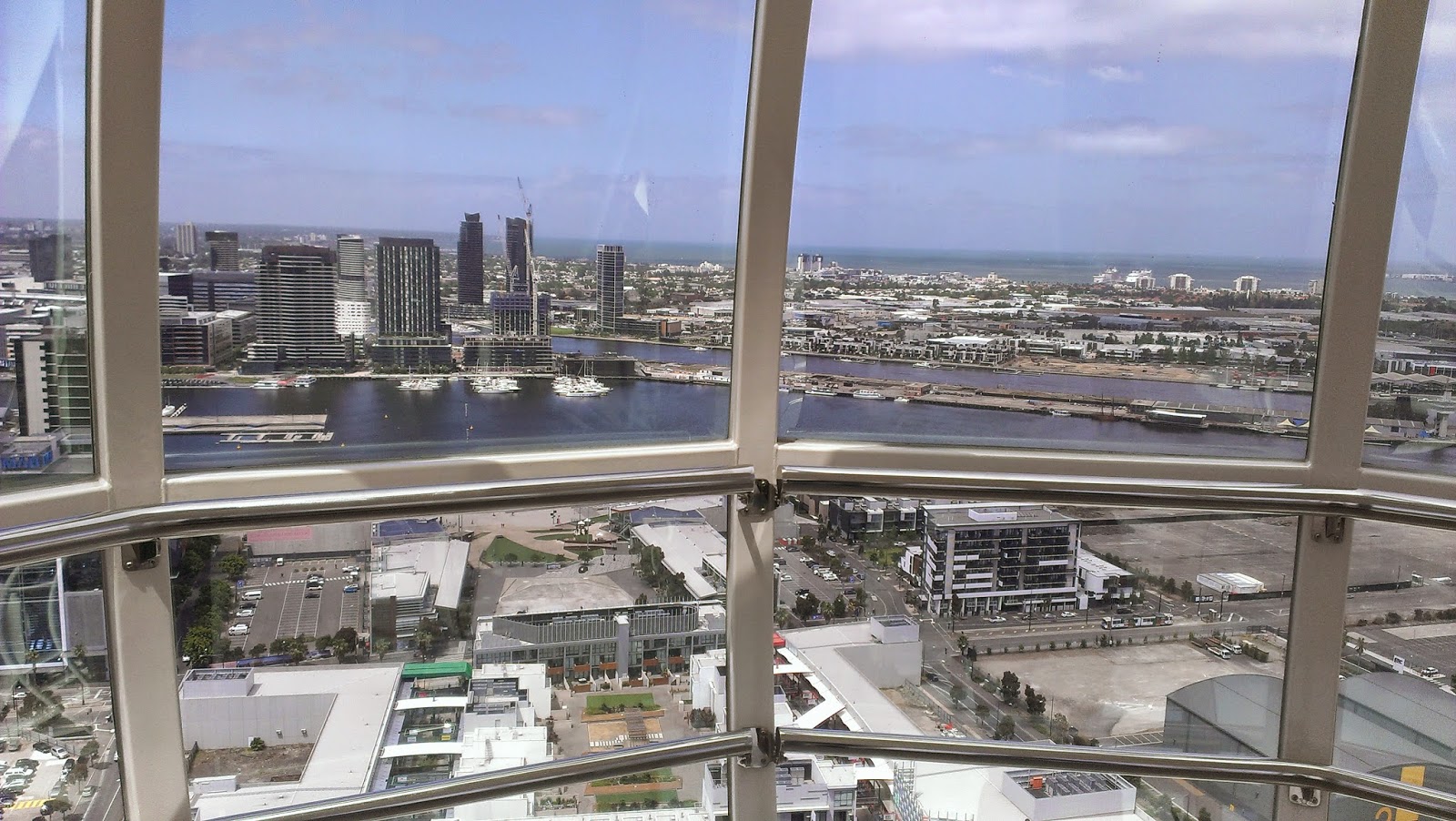 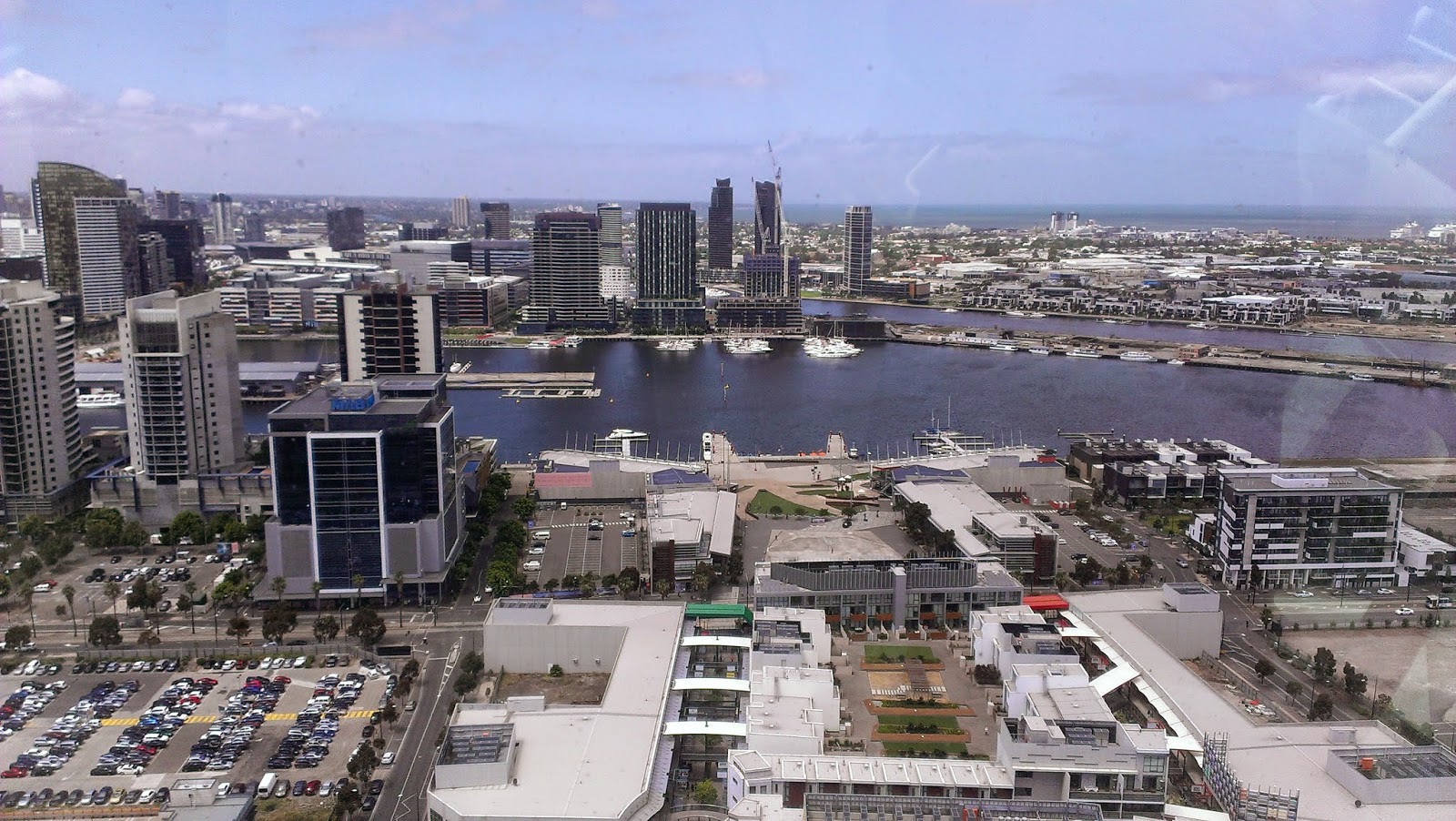 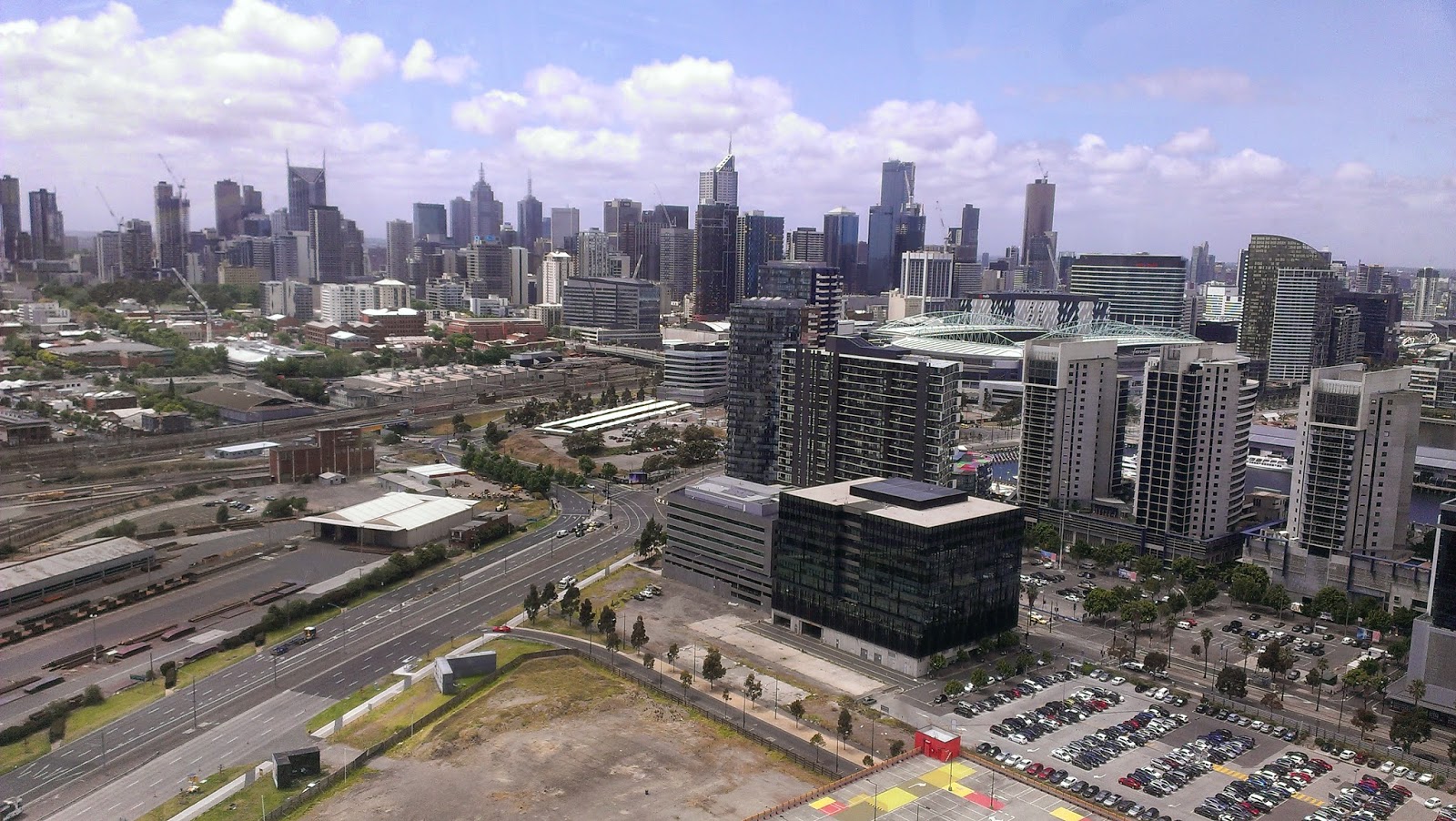 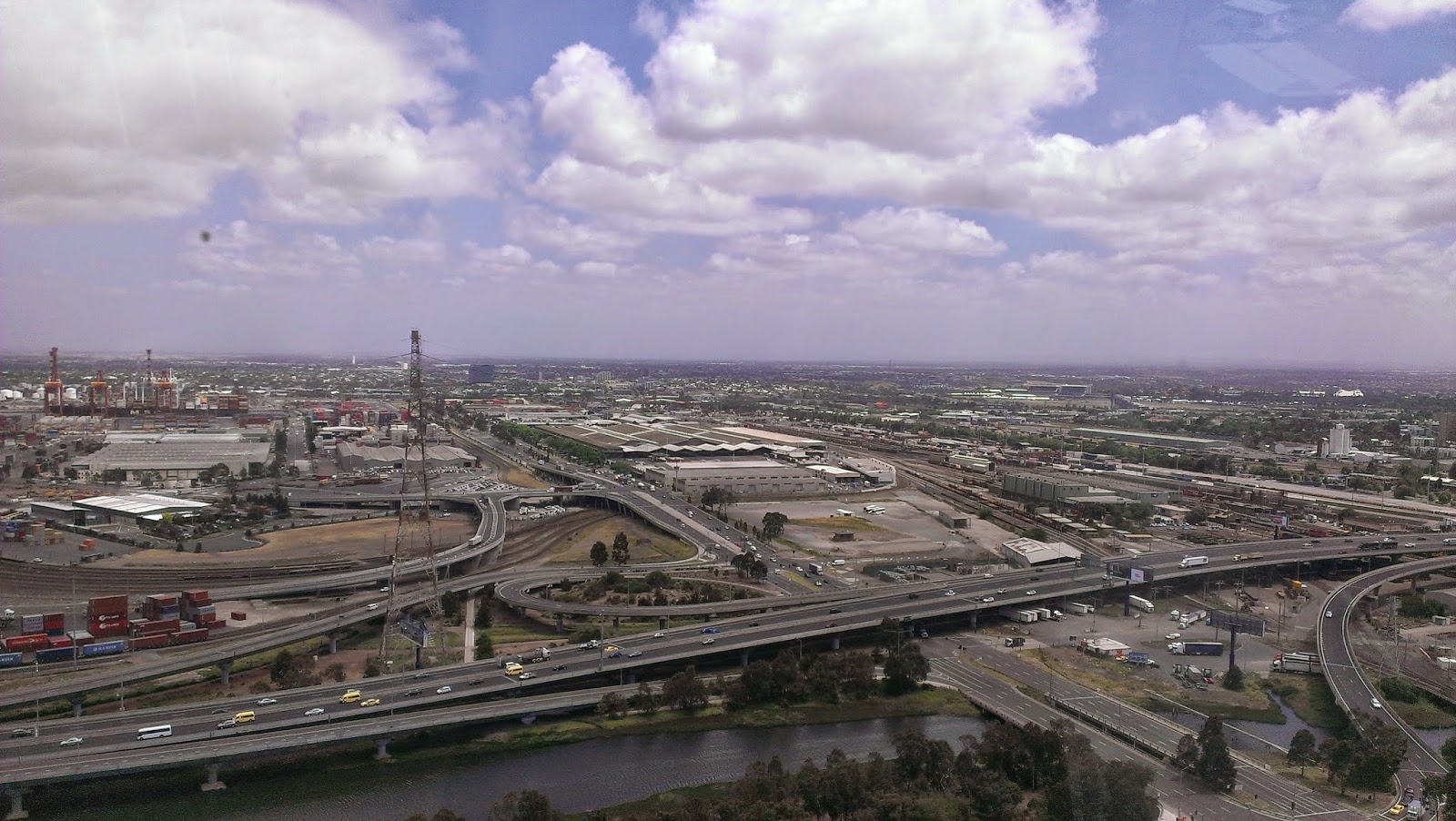 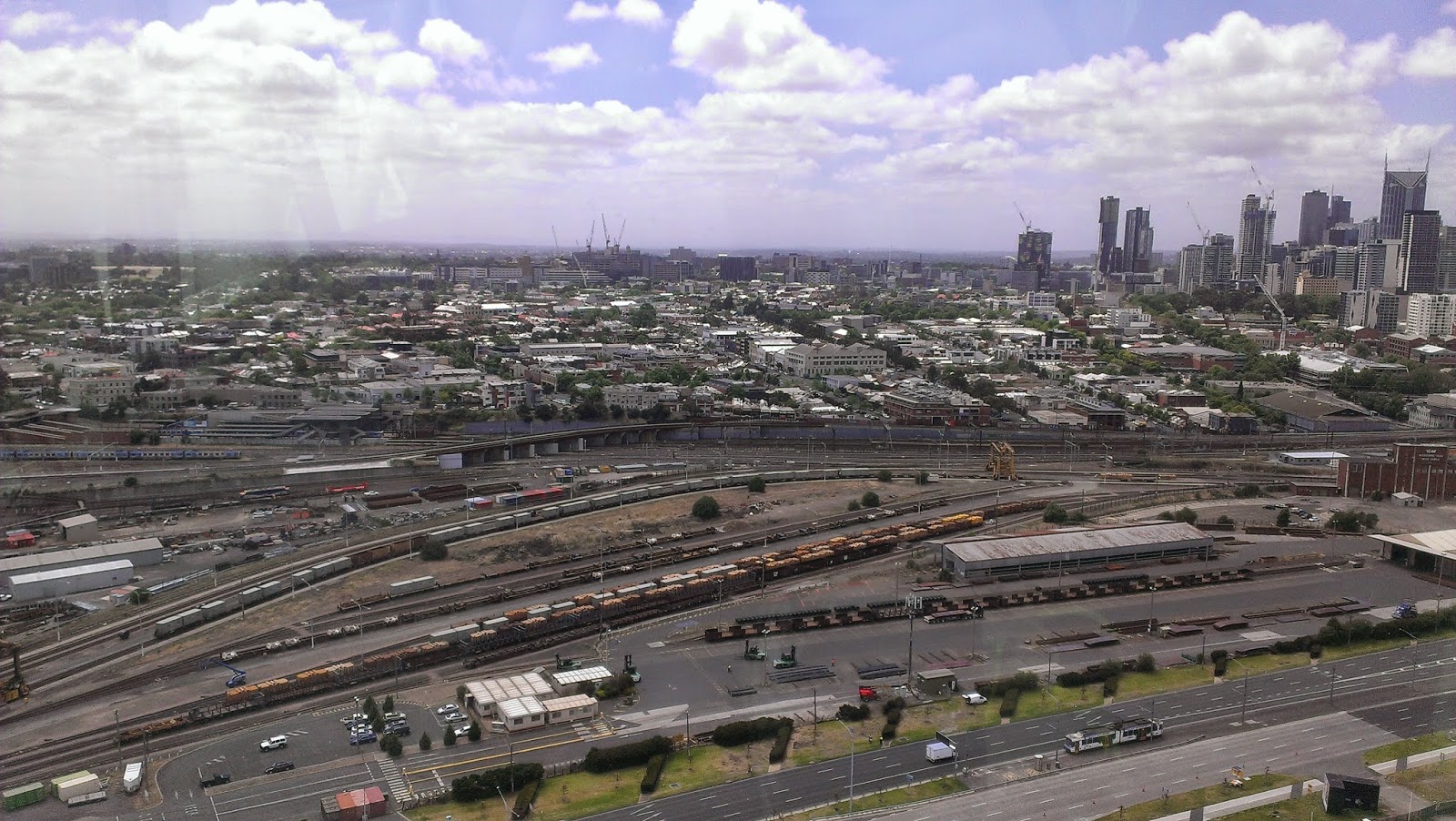 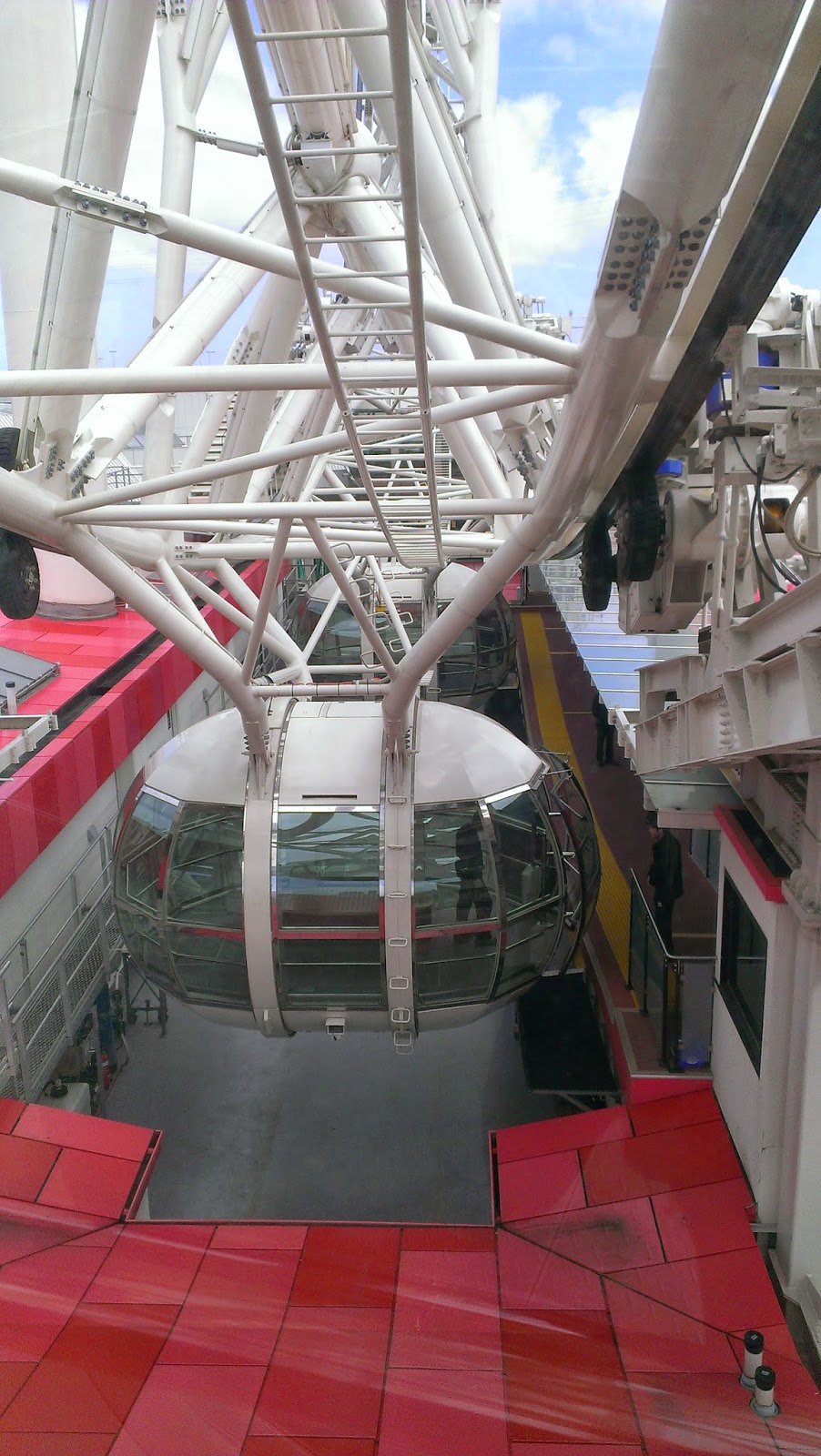