ARTICLE: Why I stopped cosplaying... 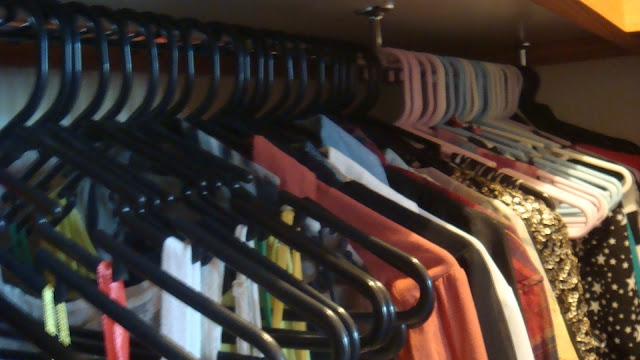 This is a post I’ve been considering writing for some time now.

I write for a living, so writing sometimes feels more like a chore than something I do simply for the enjoyment – so during the pandemic, I was looking for a creative outlet.

All my life, my hobbies have all revolved around live theatre, music, television, movies, and travel. With theatre, live music and travel unavailable to me, and only so much television and movies one can watch, I turned to creating costumes.

I started getting into costumes/cosplaying and photography around 2015. It was the beginning of trying to kick start a paid career in media. I have always had skills behind the camera, thanks to my dad, but now I needed to get more comfortable in front of the camera too. I discovered I was more confident when portraying a career than just being myself, and so that helped in those early stages.

As my confidence grew, I found myself taking less photos, but once the pandemic hit, I found enjoyment in creating characters and wearing clothing I wouldn’t normally wear in my everyday life.

And so began this new spark.

It started with recreating a scene from one of my favourite bad movies – Gorilla Interrupted (2003). I mostly used clothing I owned but the characters required some very specific items which I either tracked down on eBay second hand or had custom made. I shot both photos and videos for this shoot, and honestly, they remain some of my favourites to date.

I later wanted to recreate another scene from the movie, and this time, it was longer and involved a further two characters. From there, I wouldn’t say I became obsessed, but I began a notebook with costume ideas. I started with clothing I already owned but from there, it was the little things – wigs, accessories, shoes etc. What started as a cheap idea, would often turn into an expensive one.

And I’m a stickler for details – so I was happy to pay more for the perfect item.

In January 2022, I had two weeks spare, so I shot almost 20 different costumes, which I adore and am very proud of to this day. A lot of hard work, time and money went into them, and I don’t regret it.

I tried to stick to buying everything second hand, but honestly, it was impossible. I did my best where I could, but I get impatient sometimes, and instead of waiting, I’d buy it new. Not always – and it was certainly less times than I bought second hand, but it happened and I’m not proud of it.

Over the past year, I have been apartment hunting, and, with that, comes minimalizing what I own. Truthfully, I don’t own a lot of material things – I'm a former hoarder turned minimalist. I rarely buy for myself but am often gifted things I don’t need and that adds up. However, despite the lack of items I own, I found a lot of old costume pieces hidden away in the spare room and that made me feel guilty.

While yes, it brought happiness – that happiness was short lived. I have the photos/videos and I don’t regret those, but I regret the waste caused. Although, many items did find their way into my everyday wardrobe, and I bought those items with that idea in mind as much as I could.

For the past two months, I have been selling old clothing on eBay and a lot of that is old costume pieces – both old, new and second hand. But there’s still guilt. I’ve also stopped watching any kind of haul videos (new and thrift) on YouTube because even by watching them, I feel like part of the problem.

I've stopped buying clothing for my everyday life too. Although, I bought most of what I now own peak 2011 – so SUPER old – I only replace with what I need. I've also embraced buying more second hand, but even being second hand, I only buy what I need.

So, why I stopped cosplaying is simple – if I don’t need it, I don’t buy it. I have plenty of clothing, accessories, and wigs still to work with and I still have many ideas and costumes left to shoot but I’m not going to buy anything anymore to make those happen. The guilt is too much for me.

I shot something about month ago which I am yet to share, and I just didn't feel that same joy I once did. Perhaps with life getting back to normal, I've found I don't need that creative outlet anymore. Perhaps, maybe I do. I like knowing that I have it to fall back on if I need it but not having that clutter will bring more happiness too. But as a disclaimer, I’m not trying to shame anyone for the amount of stuff they buy/own. For me, I have decided to embrace a new lifestyle change that suits me.