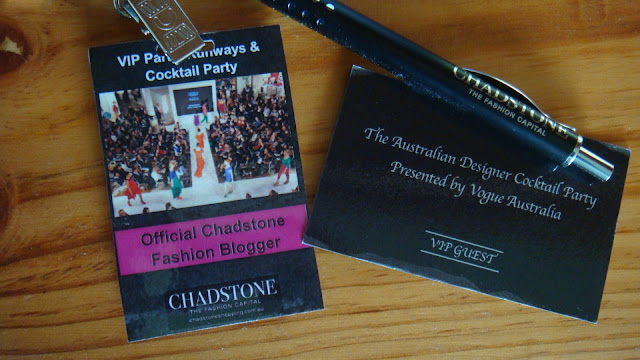 There was a buzz in the air at Chadstone this Wednesday past for the shopping centre's VIP night. Shoppers, bloggers and special guests alike, were treated to free bubbly, food samples, gift bags and two free runway shows. It was a magical night where none was excluded and everyone was made to feel like a VIP.

This is a TEXT AND PHOTO HEAVY entry!
Runway photos by Timothy Burgess for Chadstone The Fashion Capital.

I don't often go to Chadstone Shopping Centre. I do, on occasion, but as there's closer shopping centres to my house, I tend to go their more frequently. I'm also rather clueless about what shop is where, as I don't know my way around, so shopping there is kind of like being lost in a concrete jungle. Okay, so it's not so bad, but for a girl who is used to the smaller suburbs of Victoria, it can be quite daunting.

That's part of the reason why I love that I was chosen to be part of the SS12 Chadstone Official Blogger team. It allows me to go to Chadstone and experience the centre in a way that I probably never would have gotten the opportunity to do so otherwise.

I arrived at 4pm, met up with Cynthia from Joy of Sooz and headed straight instore to check out the shops and see what freebies we might score along the way. I was drawn to the shoe exhibit and the nearby outfits, especially the Black and White Dress by Gareth Pugh - 2009. Priceline gave out goody bags and anti cellulite samples (the lady was very kind to suggest that we didn't need it), Sambag gave you a glass on champagne, Happy Lab let you try their delicious merchandise, T2 allowed you to sample tea, Smiggle gave out stickers. Not to mention the free express makeovers from The Body Shop, hand treatments from Jurlique, Henna painting by Ishka, colour readings by Lush - and more! - and that's just a sample of the freebies that were on offer.

Anyone who loves free stuff (and who doesn't?!) would have had a field day! 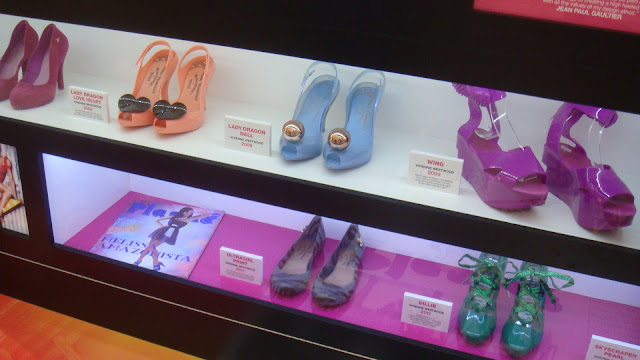 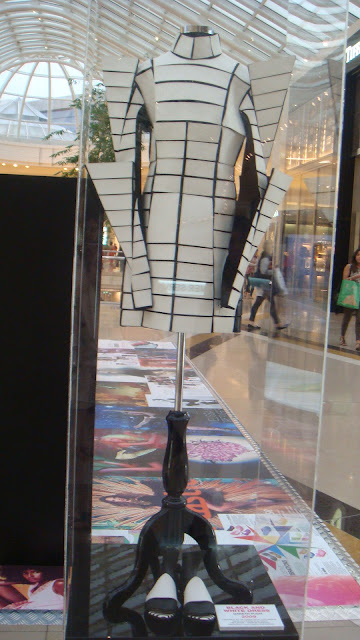 There's a reason that I prefer to stand when I see a runway show - and that's because I can get better photos. Photos to me are like capturing a memory - so I am often with a camera in hand (and I instagram like crazy!) I was in the third row so although I could see the show, taking photos would have been pointless :\ Despite the lack of photos, it was a very enjoyable show.
The runway show was all about upcoming trends for Spring/Summer. Designers included Calibre, Carla Zampatti, Trenery, Armani Exchange, Manning Cartell, Saba, Sambag, Country Road, Escada, Calvin Kline, Arthur Galan, Adolfo Dominguez, Fleur Wood, Gorman, Morrison, Ted Baker, Lisa Ho, Veronika Maine, David Lawrence, Sass & Bide, Alannah Hill, Bettina Liano, Leona Edminston and various designers available through Myer and David Jones stores. 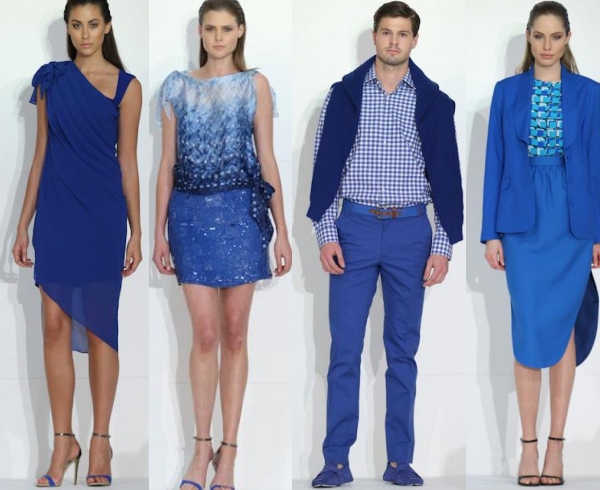 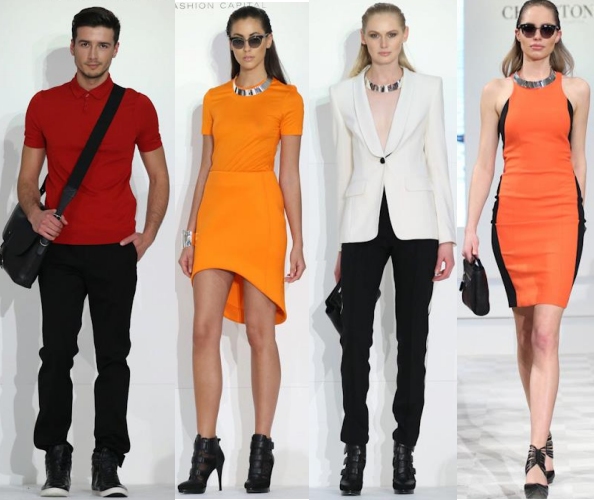 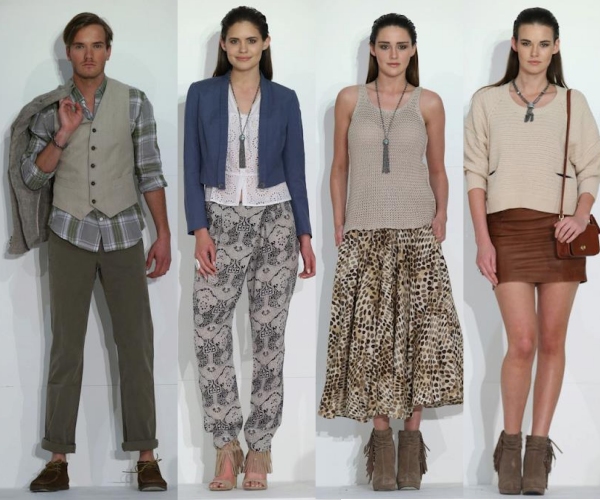 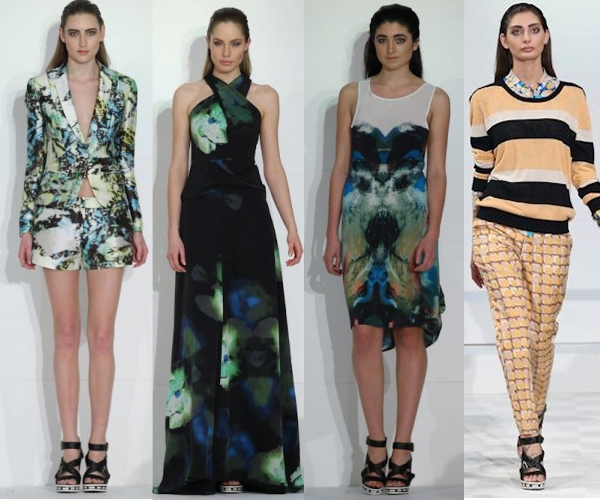 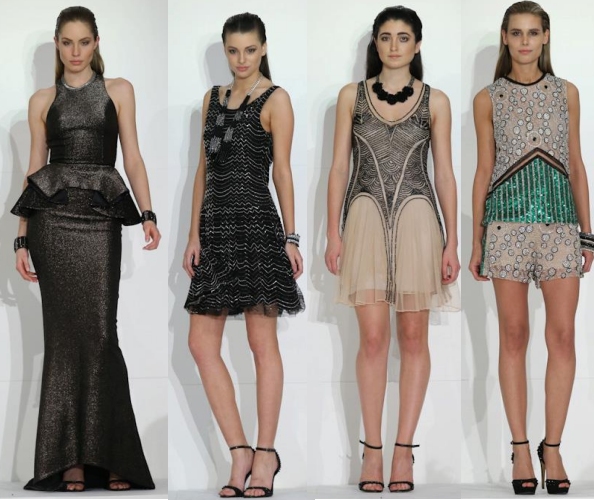 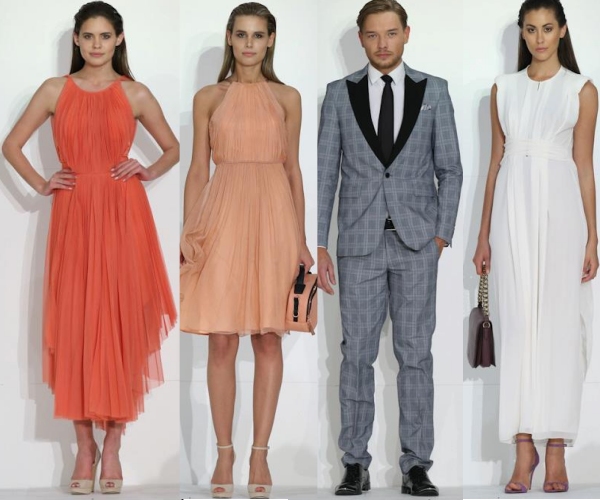 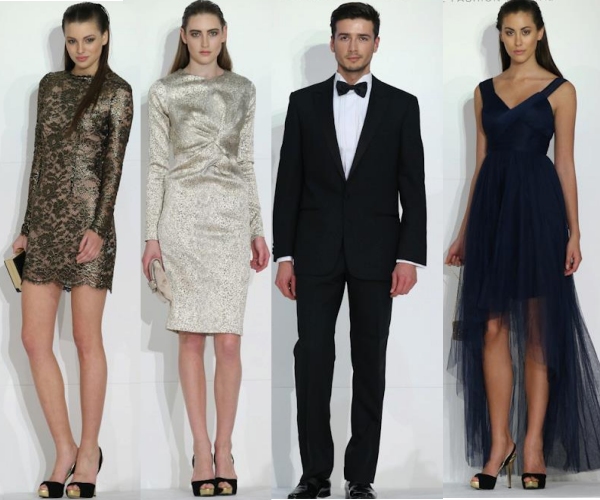 I have to say, that I got rather excited for 'Embellishment'. I love anything sparkly! It was nice to see an old friend - Ruby, whom I dressed at LMFF 2012. My favourite outfit - and the dress that most stuck with me - was the Manning Cartell dress (first photo) in the Embellishment portion. It's so glam!! 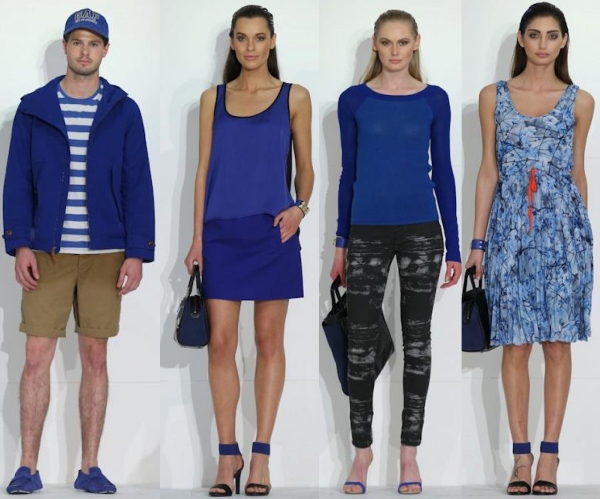 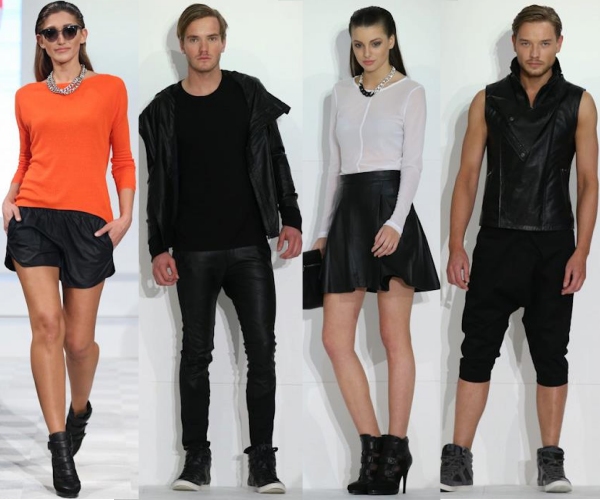 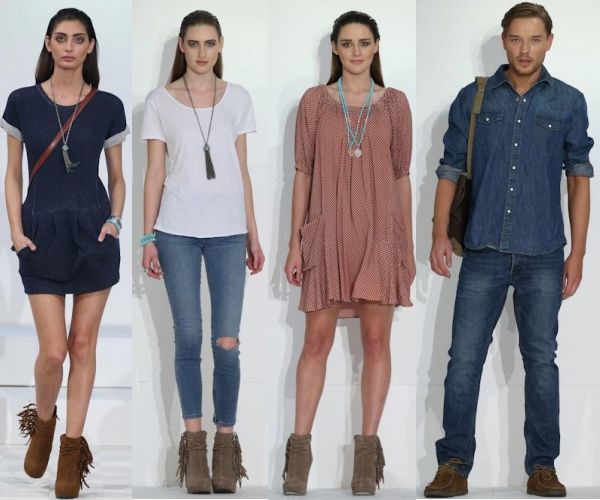 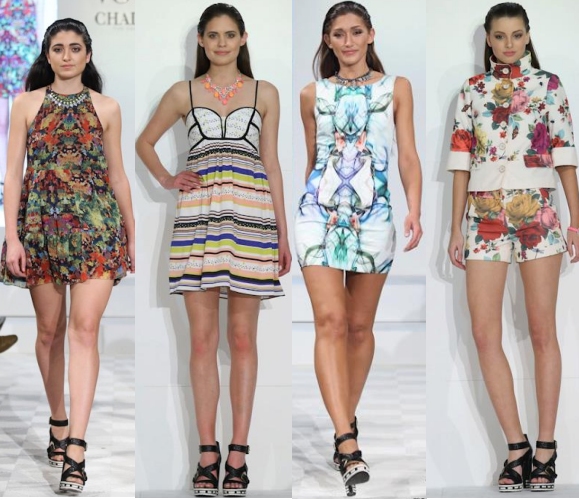 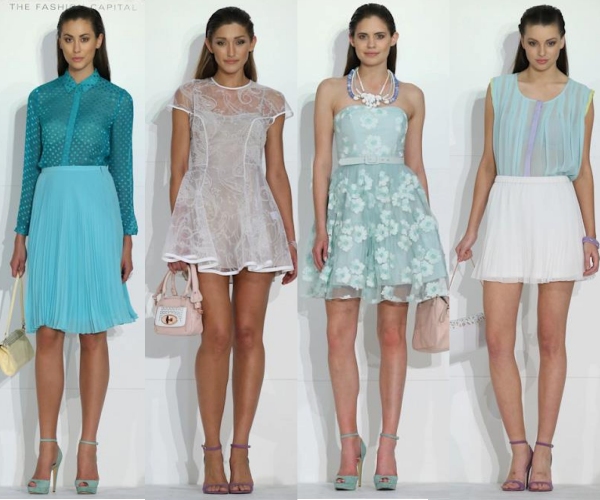 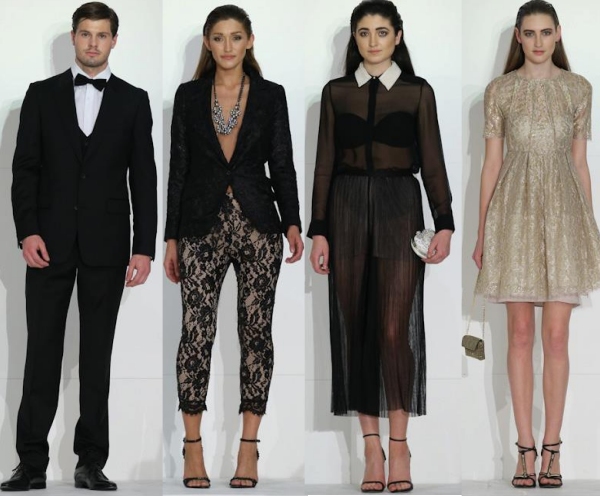 There were over 150 outfits shown - making it the largest runway show I've ever attended!

From 6pm onwards, VIP guests were invited to attend the Australian Designer Cocktail Party presented by Vogue Australia. The mood was intimate yet elegant, and the flowers and tea light candles provided a warmth and sophistication. The DJ provided pleasing background music which allowed guests to feel at ease to want to mingle the room and meet other guests. And naturally, as is common at fashion events, there were beautiful and well-dressed  people in every corner of the room.

Guests were treated with glasses of bubbly by Laurent-Perrier Australia and/or an Organic Lemon Drink (whose name I don't recall) plus an array of yummy canapés to choose from:
- salmon, cucumber and cream cheese crackers
- prawn and zucchini mini pancakes
- pumpkin soup
- vegetarian risotto
and chicken paté.

I want to thank Chadstone for the invite, Vogue Australia for putting on such a charming night and for all the sponsors and people who helped make the night such a success. I don't see how anyone there could not have enjoyed themselves. 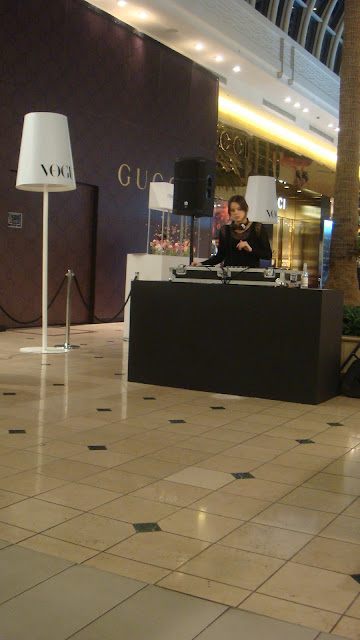 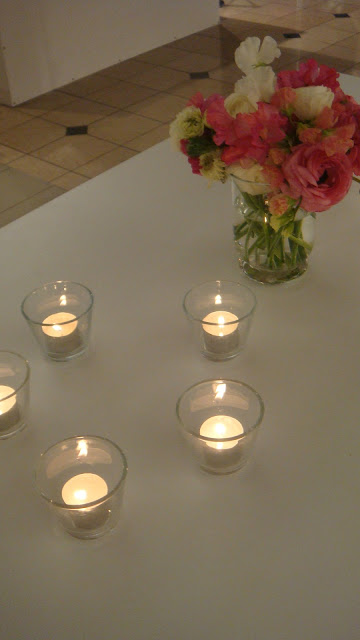